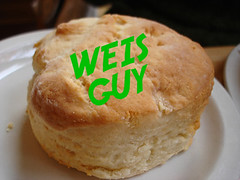 LOS ANGELES- Her Loyal Sons investigative reporters have recently learned that HLS correspondent “Biscuit” is “pretty much resigned, and sort of okay with” Notre Dame head football coach Charlie Weis returning to coach the team in 2009.

The first indication that Biscuit would eventually support the decision of Notre Dame athletic director Jack Swarbrick to retain Weis was on December 1, 2008, when an irate Biscuit, fed up with rumors swirling about Weis’ possible dismissal, wrote, “If your true goal is to help ND be the best program it can be, zip it and see how it plays out.” Biscuit referred to those supporting Weis’ termination as “haters,” a surprising departure from his normal usage of the term, “hatas.” Biscuit made his position on Weis clear in his first sentence, and accompanying parenthetical: “This isnâ€™t a post on my position about whether or not Weis should be fired. (For the record, itâ€™s â€˜noâ€™).”

When Biscuit’s post stirred up a hornet’s nest of haters and hatas from across the globe, and after Weis’ return to the team was officially announced, Biscuit further clarified his stance.

Contrary to what many of you may think, Iâ€™m not at all thrilled about Charlie sticking around. Iâ€™m not extremely pissed either. Iâ€™m very much neutral. Not happy, not depressed. Just accepting.

Yes, I think it was the right decision. No, I do not think that heâ€™s been a great coach.

That settled the heated, ongoing debate on what Biscuit thought of the Weis retention for nearly six hours. Then, Biscuit made “The Case for Keeping Weis.”

Please, please, please before you jump all over me, note that I did NOT write â€œThe Case for Weisâ€. There is a very important distinction there that I have to make clear. This article is not about how great of a coach I think Weis is (he isnâ€™t). Itâ€™s not about how much I love him as our coach (I donâ€™t). This article is about pragmatic decision-making and the reasons why Charlie is still (and should be) HC of Notre Dame. It does not mean Iâ€™m thrilled with the situation, that I give him a â€˜passâ€™ on things or anything of the sort.

The latest Biscuit clarification calmed the masses for over twelve hours, until a frustrated Biscuit put forth the internet equivalent of “last word,” with his simply-titled article, “False“. In it, Biscuit got one most recent shot at the hatas, saying, “Blah blah blah. People had â€˜good sourcesâ€™ that were â€˜in the knowâ€™ about [Swarbrick’s alleged search for a potential replacement for Weis]. Right. The internets (sic) is a great, reliable source full of only factual information!”

Piecing together these various bits of information regarding Biscuit, we have come to one inevitable conclusion. Biscuit is okay (not totally blown away, but not really super-pissed) about Weis’ return.

Previous Post: « The Case For Why Any Case For Keeping Weis is Miserably, Irrefutably Flawed
Next Post: Friday Roundup: The “Everything Old Is New Again” Edition »