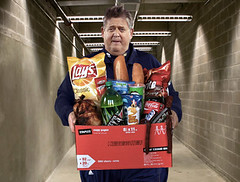 Every once in a while, Domer MQ expects me to earn my lucrative paychecks and actually write something. So, when he asked me to do a season recap, naturally, I said, “What season?”

So, here I am, bruised, bloodied, and forced to relive a season which most of you have already forgotten, or that you hope to forget. Wonâ€™t you join me on this magical 6-6 journey through the wondrous world of mediocrity?