Home > Notre Dame Football > You Had Me at “Wisconsin”

In the past few weeks, there has been a great deal of speculation that the Irish would be announcing an upcoming match up with the University of Wisconsin. The speculation officially ended on Monday with the announcement that the Irish will play Wisconsin at Lambeau Field on October 3, 2020 and at Soldier Field on September 25th, 2021. 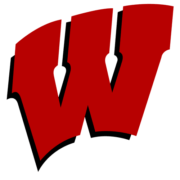 I love Notre Dame, but I have a place in my heart for Wisconsin and especially the people of the state. I attended a small college and played football in Wisconsin. I’ve yet to find people as warm as those I met during my collegiate years. More importantly, they are die-hard Badger fans. My collegiate years coincided with the rebirth of Badger football under the direction of former Notre Dame Defensive Coordinator Barry Alvarez. I can also attest that Camp Randall where the Badgers play, absolutely rocks. The smartest thing that Jack Swarbrick did in scheduling the series was putting it at a neutral location to offset that home-field advantage.

That being said, I think he is extremely naive to think the stands will be a 50-50 split. Wisconsin fans travel extremely well. They always have. I would expect A 50-50 split in Chicago, but Lambeau, in my mind, is a road game for the Irish despite their designation as the “home” team.  In fact, when the Irish met Wisconsin in basketball a few years ago in Philly with a trip to the Elite 8 on the line, there was a huge amount of red in those stands.

I’m excited about this game for so many reasons. In my lifetime, I’ve seen the villains of the Big 10 (Purdue, Michigan, Northwestern, Ohio State, Michigan State) dot the Irish schedule from time to time. Who wouldn’t love a new villain to enter that fray?

Too add more intrigue, Colin Cowherd (who I find nauseating) recently claimed Wisconsin is a better program than Notre Dame. I love that we can now test his theory.

On a personal level I love the chance for some bragging rights with some old friends. Finally, I love the challenge. Take a peak at that 2020 schedule when you get a chance. Arkansas, Clemson, Stanford, Wisconsin, USC, etc. No hiding on that schedule. As we count down to this season, I’m struck again by how Notre Dame continues to challenge themselves.