Lacrosse, also known as lax, is finally spreading across the nation. With the start of collegiate lacrosse starting, I thought I’d give y’all a lacrosse for dummies guide (because I know I sure needed this when I watched my first lacrosse game my freshman year of college and had no clue what was going on).

Here are the basics:

3 midfielders – responsible for bringing the ball up the field into the attack zone,

3 defenders – use longer sticks, constantly checking other players and working with the goalie to clear the ball

In case you need better visuals, here is a great video! 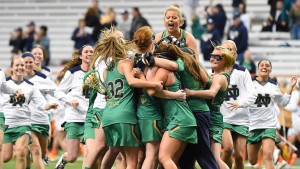 Now you can get out there and cheer on the Fighting Irish Lacrosse teams! 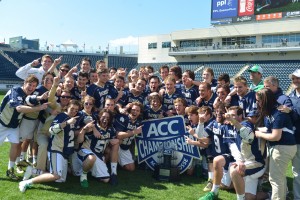