Hope springs eternal at Notre Dame — and after the wonderful rebirth of Notre Dame football in 2012, that never rings more true than this year. The 84th annual Blue-Gold game is upon us this weekend, and there’s quite a few things that I’ll have my eyes on — here’s a few of them (in no real order): 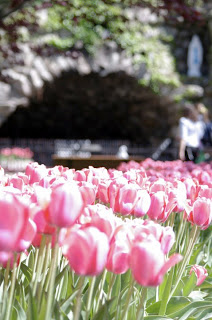 5. Players returning from injury – Lo Wood. Alex Welch. Austin Collinsworth. Amir Carlisle. Chase Hounshell. These are just a few of the big-name injuries from last year, all guys that were primed to make significant contributions to the team. These guys still find themselves presented with serious opportunity — in several cases there are still starting spots up for grabs if they play well enough. Hopefully these players can show that they are healthy again and ready to make a positive impact.

4. The early-enrollees – These are the really fun guys to watch — not only are they shiny new toys for the coaching staff to play with, but there’s no real risk if they disappoint. After all, they are essentially seniors in high school, so they can’t reasonably be expected to contribute much right away. However, this year is pretty exceptional because WRs James Onwualu and Corey Robinson have both REALLY impressed in the spring — both are guys that are on place to not only play this fall, but play a lot. It will also be fun to watch Malik Zaire run around a bit (though there’s no way that he can have a real grasp of the offense yet) and see if Steve Elmer or Mike Heuerman can bring anything to the table.

3. The big voids – It’s college football, so of course players graduate or leave for the NFL — this year we have three positions that will be losing huge contributions from 2012: MLB, TE, and RB. With Manti gone, it’s a three-way race between Carlo Calabrese, Dan Fox, and Jarrett Grace. With Eifert gone, it’s Ben Koyack, Troy Niklas, and Alex Welch battling for the top spot (Alex Welch was picked to be my sleeper last year before going down with the ACL — I really still think that he will turn some heads). And with Cierre and Theo moving on, we have George Atkinson III, Cam McDaniel, and Amir Carlisle all fighting for a large portion of the reps. All three of these positions will likely have by-committee approaches to replacing the lost production, but it would be pretty nice to see some players elevate themselves above the rest and become stars.

2. Everett Golson’s improvement – Quite frankly, our offense couldn’t have been much worse last year, and it was mainly due to poor quarterback play. Fortunately we were able to win despite of its limitations, and now Golson has an almost-full season of experience under his belt, in addition to numerous offseasons of preparation. Brian Kelly has raved about the strides that Golson has made in leadership, and no longer should there be any excuses of not knowing the playbook. I expect him to be worlds better than last year, which should allow Notre Dame to rise to another level.

Irish QB Everett Golson is awesome – on a piano. From @NDfidm, watch him play something other than football: http://t.co/KSyMrCoUb9

Just to clarify, I’m still the biggest Tommy Rees fan in the world, so don’t get it twisted. But because of how things have shaken out, it’s Everett’s job to lose. <3 you guys.

1. The defensive line – This unit is probably the hardest and most frustrating to evaluate in the Spring Game considering it is going toe-to-toe with our offensive line, but I am just ecstatic thinking about how good it can be in 2013. I am thrilled that Kelly finally decided to make our line insanely huge by putting on more weight, and with Tuitt, Nix, Day, Schwenke, Springmann, Jones, Stockton all in the mix before we even add a stud set of freshman, all Notre Dame fans have to love the potential here. While Tuitt won’t play this weekend, it will still be interesting to see the push we get inside.

What won’t I be watching much? The scoreboard. We really need to find a new system and get rid of these crazy rules.

Previous Post: « Now 6 in 2014 Recruiting Class
Next Post: What Would You Do With The Second Chance of a Lifetime? »