For obvious reasons, I will not be publishing a column called “Good Fridays” this week.  If you think The Lord was angry when he took a whip of cords to the temple moneychangers, try blaspheming on the His least favorite day of the year.  Hence I have moved to today, Spy Wednesday.  We call it that because this was the day Judas Iscariot, the spy among the Apostles, sold Jesus to the Sanhedrin for 30 pieces of silver.  He then famously betrayed The Lord with a kiss – were that to happen today, no doubt there would be eight pictures snapped of the betrayal kissing, and posted on some gossip page.  Betrayal in our midst might seem to be a pertinent topic, since we have now suffered three defections from the football team.  Though we hate to see them go, each lad has a very good reason for seeking to move elsewhere (at least one of those reasons needs regular diaper changing and feeding). 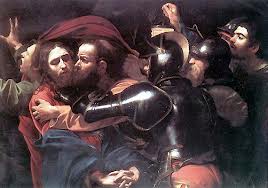 Maundy Thursday is about the Last Supper; Holy Saturday is about waiting for Jesus to come out of the tunnel tomb; Easter Sunday is about Resurrection to new life (not coming back to life after faking your death because drug dealers are pursuing you even though you never really existed); and the only Passion at Notre Dame on Good Friday better be the one read in Sacred Heart.  So for Spy Wednesday, let’s play a little game about what we’ve secretly seen and heard, some of which may actually be true.

Camouflage is reportedly entering the football uniform roulette for this season.  It has the advantage of being generally green.  It is designed to hide the wearer in a natural environment, so it could be used to conceal Irish receivers and running backs on a grass field.  Thus camouflage may not be worn in the Stadium for too much longer.  However, as we have seen with basketball uniforms, when you dress like a clown the whole game turns into a bad joke.  Camouflage is not worn by buffoons, but by warriors and hunters; and if it inspires the lads to fight and win, let them wear it…for ONE game.

Screen – a very big screen – one for each end zone.  The “J” word is not used, both because it is verboten and because that is not technically what is being shopped.  You see, when they entombed our beloved Stadium in its concrete sarcophagus, the television people paid for the lights with the concurrent promise never to use them for a night game.  This opened the possibility for literally power-hungry electronic devices to be mounted above the battlements.  The ‘scoreboards’ such as they are, bear no resemblance to the originals which were structurally part of the outer wall; these new ones are just big light boxes set upon two pylons – and they’re old.  It’s time for replacements, so why not buy fancier light boxes that just happen to have a very big screen built in.  In fact, all the options on the market seem to have a screen feature, so it’s really unavoidable (and therefore, no one’s decision/fault).  Again, if it inspires the team; if it raises the level of enthusiasm in the Stadium above the current ‘wake for a loved one’ level of intensity; if it draws recruits who are not impressed by technology older than they are, but not yet old enough to be historic or iconic; then this is a positive innovation.  Remember, the original-original scoreboards had clocks with a big hand and a little hand.  And before that, we used cardboard and paint. 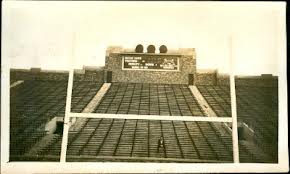 Plastic grass will grow…in places.  For those sections of the field’s periphery where too many feet grind God’s greens into goo, the fake stuff is moving in.  It’s more humane – it saves the little grasses from a slow and painful death by crushing.  But it’s going to make the real grass look weathered, worn, and sloppy, especially late in the season (and it’s supposed to).  The goal is for this plastic grass to miraculously spread like weeds.  Once it has a foothold in the corners and on the sidelines, it will never be uprooted.  We used to put down carpets over muddy areas for spectators.  They were a little hard to clean, but easier than cleaning the spectators.  Philosophically, I don’t see any difference between avoiding a swampy mess with carpets or fake grass…except that you can’t play an entire season on carpets, which is the eventual plan for the lawn toupee. 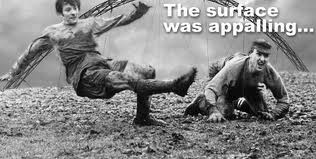 Renegotiating a contract is a tricky thing.  What do you give the man who already has so much, and who could go somewhere else to get more?  How about promises.  Or even better, how about power.  Whatever the last fellow’s shortcomings (and they were many) he blamed the University’s Byzantine structures of authority and custom for limiting his abilities and achievements.  Well of course we have an elaborate and hidebound bureaucracy, comprised of resident and non-resident wielders-of-influence – what else would you expect from a Catholic school founded on a French model?  But this has left Professor Kelly feeling as though he has to fight for permission to succeed.  Fortunately, Professor Swarbrick is in a position to give him what he wants, because Professor Swarbrick holds the position of Vice President.  Quite an unusual and important hat to wear in addition to that of athletic director.  And it means that, in addition to pocket money and well-paid friends, he can give Professor Kelly a properly large sphere of influence, free from local and national meddling. Squarely in the center of this sphere is located a large Stadium where there are no more player walks…and so much more.  It must have been hard for Professor Kelly to take orders from tens-of-thousands of bosses, especially when most of them only want to preserve a way of life that ceased to exist decades ago (and, even then, existed only in their minds).  All Professor Kelly wants for Easter is the authority to make LOTS of decisions.  In return, for Christmas he will give us another undefeated season. 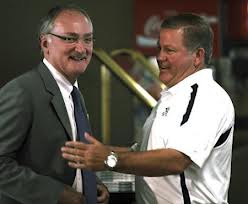 Gold was not the preferred covering for the Dome on my new Main Building.  That was my idea, and solely my idea.  In fact, it was a very unpopular idea.  It was viewed as an unnecessarily costly and ostentatious innovation.  ‘We didn’t have a Golden Dome before, why would we need or want one now,’ went the argument.  I was entirely alone in my vision for a Golden Dome, to the extent that the traditionalists and old-fashioned fuddy-duddys on my council of administration were opposed to me.  So first I took over the chairmanship of the council; then I refused to allow it to meet until it approved my Golden Dome; and then I packed my bags and moved to St. Mary’s so they couldn’t trick or force me into having a meeting.  That was a bit odd for me and for the girls, but I wasn’t going to give up until I got my way.  I think you can tell who won that battle.  So I moved home back across the street, my Dome was gilded, and change came to Notre Dame.

A glittering dome in Northern Indiana was a pretty wild idea in 1886.  And though it was expensive, the Dome didn’t cost our University the figurative 30 shekels…and its Gold, not silver. 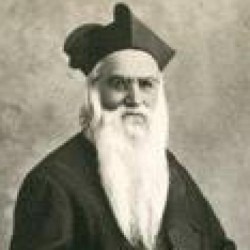