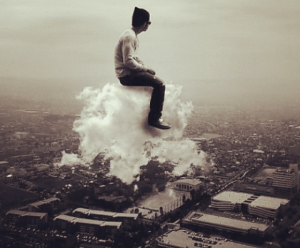 I’ve had my first Notre Dame related dream/nightmare of the 2016 season. Usually, these dreams come to me midseason, but I think this constant blogging has put my subconscious ahead of schedule.

Like all dreams, this one was riddled with inaccuracy. We are playing Navy, but I am 100 percent sure that it is the season opener. Also, I am playing safety. I must be playing very poorly – which would actually be accurate – because the score is 45 to 37 in favor of Navy.

Don’t ask me why, but Navy is lining up for a 2-point conversion despite already being ahead by 8. Just as Navy wouldn’t do in real life, they decide on an empty backfield. The ball is snapped and I am really hoping it doesn’t come my way. Luckily, Andrew Trumbetti hurries the QB just enough for an errant pass and a Drue Tranquill interception!

The crowd goes crazy as Drue looks to be going all the way!

It looks like one of those nerve induced cough-up fumbles, Drue simply tossing it across the goal-line and into Navy hands. Suddenly, Navy is coming all the way back down the field! To my horror, I am the final hope to stop them. Unfortunately, my friend from elementary school (Zach), who also has no business being on the field, is holding me. I yell out for a call, along with Coach Kelly and others on the sideline, but no flag is thrown and Navy walks in for 2 more…

Yet, I guess there is enough time to mount a comeback as there is a communal feeling hope in the air. Also, we have already scored 37 points so I assume Malik Zaire has played well (and yes, it was Zaire starting). That being said, Coach Kelly is looking to me as quarterback for the next drive! But, all of a sudden, I am wearing nothing but a towel around my waist! I tell Coach Kelly to ‘hold on’ while I get dressed….and so ends the dream. Probably a good thing I woke up before Kelly screamed my ear off.

Is this dream a sign of things to come? Well, I sure hope we don’t let Navy score more than 40 on us! However, there is a good chance of Zaire getting the starting nod. It is also possible that we see a lot more of Trumbetti and Tranquill making plays this season; hopefully a goal line fumble won’t be one of them. I think, as long as I’m not out there running around naked and afraid we will be OK in the real world.

For a few years now, I have been writing down some of my oddest and most memorable dreams. I recommend this practice to everyone. It can be quite fun and, frankly, rather disappointing when you can no longer remember that weird one you had the night before. My Notre Dame related dreams are some of the most vivid. Last year, I was especially haunted by the Clemson game – DeShone Kizer’s 2-point conversion attempt and all those fumbles often replaying in a loop. In another, I was on campus meeting Demetrius Jackson for the first time. He was in a hurry, jumped over a very high fence and went off to class. Do you ever have Notre Dame dreams?