At a time when personalized technologies like the iPhone and Hulu have eroded the natural ebb and flow of time and season, sport provides most of the few remaining way-points on the calendar. With our smart phones and tablets, we can time-shift “must see t.v.” to fit our individual schedules, rendering the start time of a particular game less meaningful than ever before. The release of the House of Cards remake on Netflix this month is perhaps the first step in the permanent decoupling of serial television from its historical and highly-choreographed season long unfolding. But until someone figures out a way to do that with sporting events, the start of a season will remain immutable.

And, for whatever reason, no sport retains its talismanic place on the calendar like baseball. Starting with the gathering of pitchers and catchers in warmer climes, everything about the start of a new baseball season finds its simulacrum in the natural world: the swallows returning to Capistrano, Punxsutawney Phil, etc. This year, I was fortunate enough to cover the start of Notre Dame’s 2013 baseball campaign and its three game series against Tulane, played out over the weekend of February 22-24, at Greer Field at Turchin Stadium.

Coach Mik Aoki’s Fighting Irish came into the weekend at 2-1 and on the outside-looking-in on the nation’s Top 25. Having defeated Florida Gulf Coast and Ohio State, the Irish lost to Mercer in a Florida tournament before heading back to South Bend for a week of practice and classes. “I don’t know who puts the travel day together,” said junior pitcher Sean Fitzgerald when asked about the effect of Notre Dame’s early-season travel schedule, which sees the Irish play in Sarasota, New Orleans and Los Angeles on successive weekends. “But, our team does a good job of getting their naps in.” Continuing, Fitzgerald noted that Notre Dame’s emphasis on academics adds to the challenges faced by the team. “We leave as late as possible in the week so we can get in our classes.”

This is a team, however, that is well-suited to rise to any challenges, whether on the field or in the classroom. “This is as talented a team as I’ve been on in my time here,” said Adam Norton, a senior pitcher. “The juniors and seniors in the team are really strong and have set a good foundation for the younger guys, each year building on the year before.” Facing a veteran-laden team like Tulane, this experience would pay dividends.

Coming into the weekend, Tulane brought its own 2-1 record along with all four starting pitchers from last year and a total of seven returning position players. “Tulane is historically very good,” said Adam Norton when asked Wednesday about the weekend series. “We’re not going to walk in there and they’re going to lie down.” After completing the three game sweep to bring the Irish to 5-1 on the season, Coach Aoki was pleased. “I’m really proud of our club. We came down and played well. Tulane didn’t get timely hits and we competed. We did a good job and executed offensively.”

By game time Friday night, the weather was chilly (for New Orleans) and a fine mist descending. When it was over, a two-run homer by junior Eric Jagielo was the difference maker for the Irish, who held off a Tulane threat in the bottom of the ninth, to preserve the win for Fitzgerald who went 6 and a  third innings, with two strike outs. Saturday’s game was another win for the Irish, this time 3-1 over another Tulane squad who scattered hits harmlessly across the innings. Adam Norton went seven innings, striking out five and walking two.

On Sunday, the Irish offensive came alive, led by Ryan Bull who went four for five and crushed a two run blast deep into left field. Nick McCarty got the win for the Irish, on the back of great bullpen support from Donnie Hissa and David Hearne. “I thought Hissa was a little shaky, but he got us out of a tough spot,” said Coach Aoki. 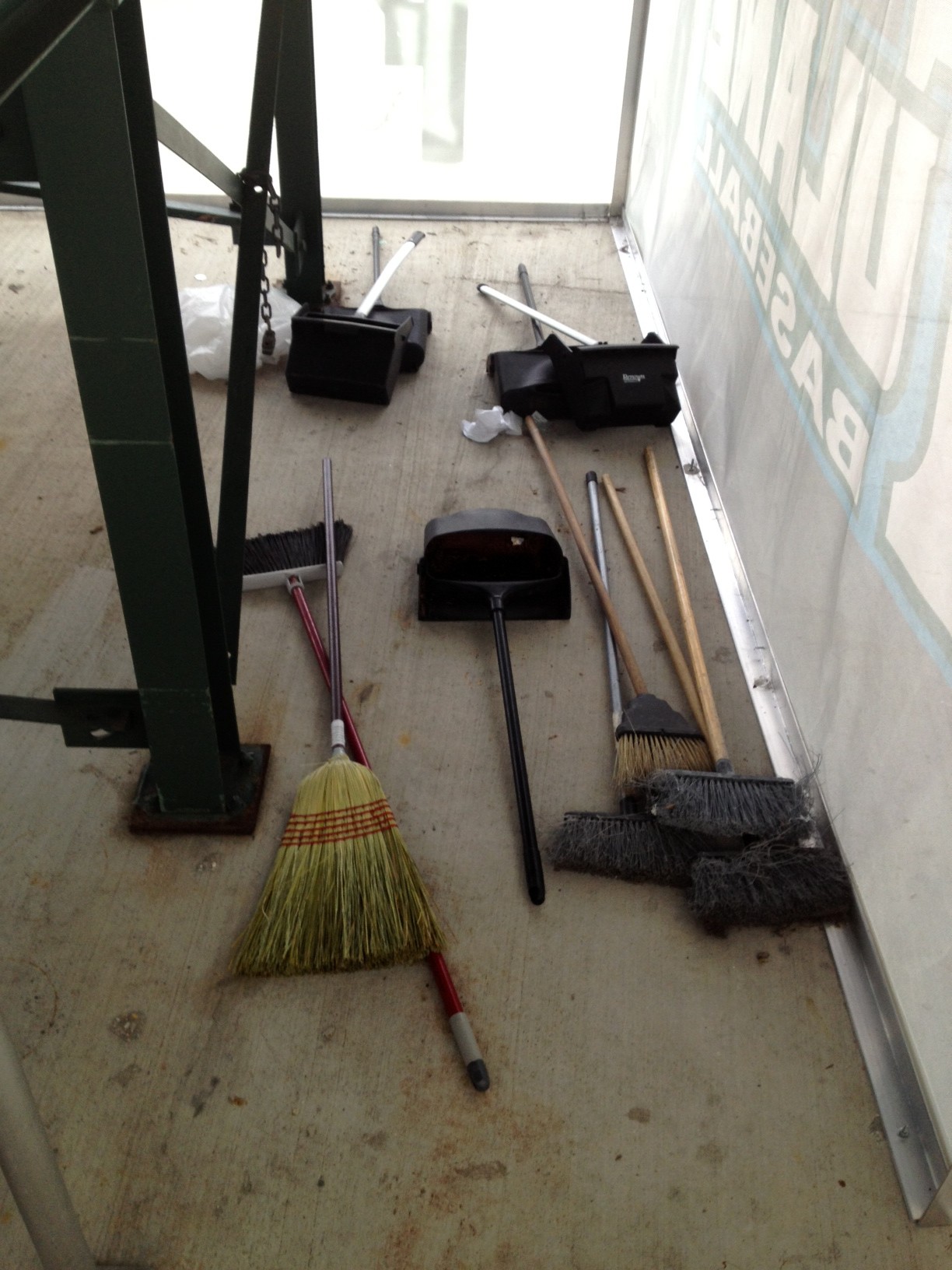 Following the game and with his squad at 5-1, Coach Aoki was decidedly upbeat. “We had good at bats. [Tulane’sTony] Rizzotti is a Friday night guy for anybody. I feel good about our offense [. . .] our kids played.” Even before the three game sweep and crucial away wins, pitchers Fitzgerald and Norton were predicting big things for the Irish. “We’re projected to finish in the top three [of the Big East],” Fitzgerald offered. “If our offense stays consistent and our pitching comes around, we’re going to be really good.” Adam Norton continued, saying that “[there is] no reason we can’t win [the Big East]. Louisville is always good, but I think if we play our game [and] stay focused, I don’t see why we can’t be near the top.”

Special as the sweep was, an equally special moment came on Saturday, when the New Orleans Notre Dame Alumni Club hosted the team, coaches and staff at a meal and a mass on Tulane’s campus. Giving the Notre Dame community the literal and figurative opportunity to break bread, heaping plates of jambalaya, crawfish pasta and warm bread pudding became conversation starters and relationship builders. Whether they were genuinely taken by the moment, or just genuinely that giving of themselves, Captain Frank DeSico and freshman Kyle Richardson fomented a game of catch in the hallway with some of the children. 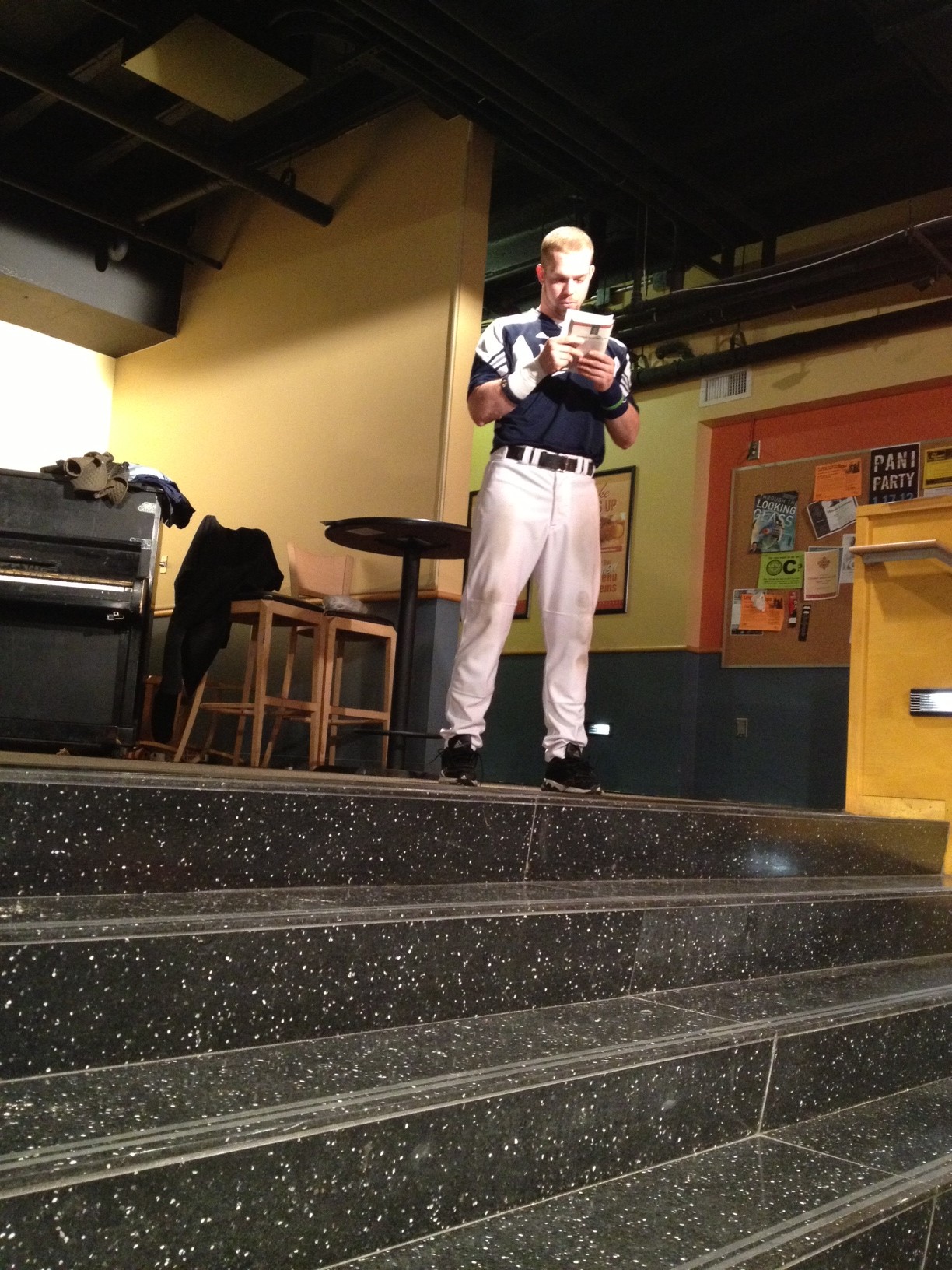 Commenting on the mass and the relationship between the team and its fans, Coach Aoki said “I think it’s a unique and special thing that we have at Notre Dame. It’s such a testament to what our university does. People don’t do that for a place at which they didn’t have a special time. [The mass and events like it] teach our kids to give back. Our kids are fortunate to play at Notre Dame. This teaches them to give back and break out of an entitlement mode.” Having witnessed the delight in the eyes of the children and adults who got to share some remarkable hours with the Irish, Notre Dame is fortunate to have a baseball team, staff and coaches such as these.