Instead of wallowing in the failure of the Brian VanGorder experiment, I’m already thinking about who Brian Kelly will pick as defensive coordinator to improve the Notre Dame’s defense and perhaps save his job.

While the Irish are moving forward with Greg Hudson as interim defensive coordinator, Hudson is likely a bandage on a salt-filled wound. Pending a turnaround of historic proportions, Hudson won’t be leading the defense in 2017.

PREREQUISITES FOR PICKING A DEFENSIVE COORDINATOR

The following shortlist/wish list was comprised under the two following premises: 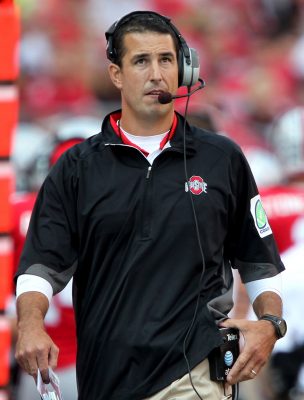 Fickell has been a Buckeye from birth.

He spent his entire playing career in Columbus, where he played at DeSales High School and later at Ohio State. He has served as an assistant coach at Ohio State for over ten consecutive seasons. His only coaching experience outside of Columbus was a one year stint at Akron in 2000 as the defensive line coach.

Fickell coached under Jim Tressel until 2011 where he resumed the role of interim head coach after Tressel’s resignation. During the 2011 season, Fickell amassed a head coaching record of 6-7, but was retained on the staff as co-defensive coordinator following the hire of Urban Meyer in 2012. While his record as a head coach is underwhelming, one could also argue it is a poor sample size.

His production as co-defensive coordinator speaks for itself. Over the past three seasons the Buckeyes have ranked 42nd (2013), 11th (2014), and 8th (2015) in the S&P+ overall defense rankings (a brief introduction to the S&P+ rankings system can be found in a previous post here, and here as explained by the mad scientists behind the system). This is Fickell’s first year as the sole defensive coordinator. Potentially bringing in over a decade worth of winning culture is alluring, but what would it take for the Irish to pluck the loyal Buckeye from Urban Meyer? Likely a lot of cash and a desire for change. 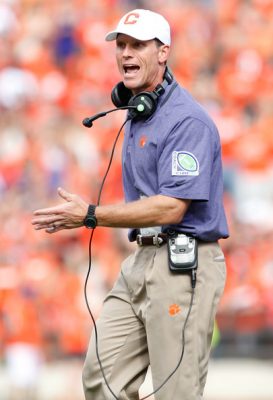 From 1999-2011 he served as linebackers coach, defensive coordinator, and associate head coach at Oklahoma under Bob Stoops, and since 2012 he has served as defensive coordinator at Clemson under Dabo Swinney. In 2006, Venables was a finalist for the Broyles Award, which is awarded to the country’s top assistant coach.

Over the past three years the Clemson Tigers have ranked 12th (2013), 2nd (2014), and 4th (2015) in the S&P+ overall defense rankings. This defense is a large reason to Clemson’s recent ascension up the college football mountain. Would a lateral move from Clemson to Notre Dame make sense for Venables? Over the past few years he has been rumored as a potential candidate for a number of head coaching jobs including Miami, Kansas, Arkansas, Kansas State (his alma mater) and Texas Tech. Once again, this hypothetical decision could come down to a desire for change and a hefty sized contract. 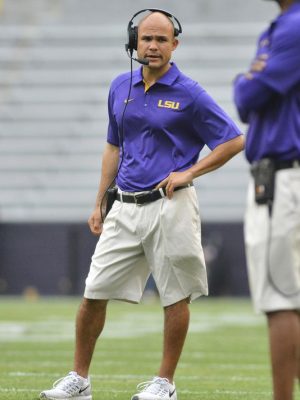 Perhaps the hottest name in college football, Aranda finds himself in a peculiar position in his first year at LSU with the recent firing of Les Miles. The firing has led to Aranda’s “promotion” to associate head coach.

Aranda has shown the ability to produce top 15 results in lightning fast time. In 2012, one year as defensive coordinator at Utah State, the Aggies boasted the nations 7th best scoring defense, 13th in rushing defense, 8th in pass-efficiency defense, and 14th in total defense.

Aranda moved on after one year to coach at Wisconsin. Under Aranda, the Badgers ranked 10th (2013), 29th (2014), and 7th (2015) in the S&P+ overall defensive rankings. The three years spent at Wisconsin was his longest consecutive tenure within one program, thus demonstrating he is fully willing to make a move for greener pastures. However, would Aranda consider Notre Dame? Yet again, perhaps it’s not the pastures that are in need of being greener, but instead the more green ($$$) that needs to be passed down.

These three coaches are all brilliant college football minds and would provide a much needed instant upgrade to the Notre Dame football staff. Any one of the three would also be a huge splash hire, proving that the university is committed to ponying up the dough to acquire these kinds of assets.

Without any concrete information, this list is purely conjecture and wishful thinking. But, rest assured, Notre Dame has already made phone calls in the hopes of luring a top notch defensive coach to South Bend.