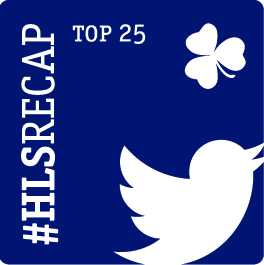 #HLSrecap Top 25, brought to you weekly during college football season.

Here are your @andrewwinn stats for this week’s #HLSrecap  — 190+ tweets from 88 contributors, with 39 first-timers making the cut this week. We now have over 320 unique contributors to at least one #HLSrecap this year.

As you know, each week we present the following highly-coveted (and yet totally arbitrary) accolades:

Here now is our Athletic Director, @FakeSwarbrick, who is definitely not using the bye week to take measurements for a Jumbotron installation in Notre Dame Stadium. 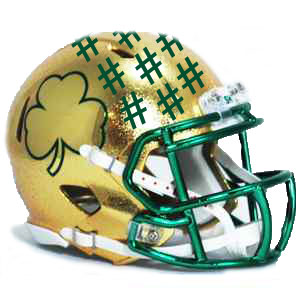 #HLSrecap Helmet Stickers. Awarded weekly. Brought to you by @FakeSwarbrick.

Well….there was a game. And we won. And I’m not sure much more can be said about that except that every time someone scores against the Irish it’s sure to bring up a really snarky Michigan reference.

What does it say about Purdue that a week later we are all still talking about Michigan? It says that Michigan sucks.

I’m not gonna lie. Except for some early drama that no one really took seriously, this was a ho-hum game and I think most of us saved some good material for a future game. However, there are a couple of folks who tweet like their lives depend on it, bringing it hard every single week for our collective internet enjoyment.

So the takeaway is that these are “must follows.” If they can bring it for Purdue, you don’t want to miss them when we play USC.

Now, onto the quantitative measures. This is just as it sounds — each week, whoever has the most number of tweets that make the final cut will be awarded the #HLSrecap MVP Award and the recipient of a jug and a couple drinking glasses from Indiana Whiskey.

Your MVP winner for the Purdue game: @PDXirish with 13 tweets.

As a reminder, @andrewwinn awards one point for each tweet that makes it in; 1/2 point if someone else retweets/quotes/modifies your tweet and it’s included. The Twitter Ranking Of Leprechaun Legion (T.R.O.L.L.) Scale is awarded arbitrarily.