I suppose that Southern Cal fans are rejoicing today:

The NCAA sanctions imposed on USC football, men's basketball and women's tennis in 2010 are officially over. #FightOn pic.twitter.com/CAiOZiHsrw

Sure, be happy that you are out of the NCAA doghouse; however, you can never erase the memories that this guy gave us: 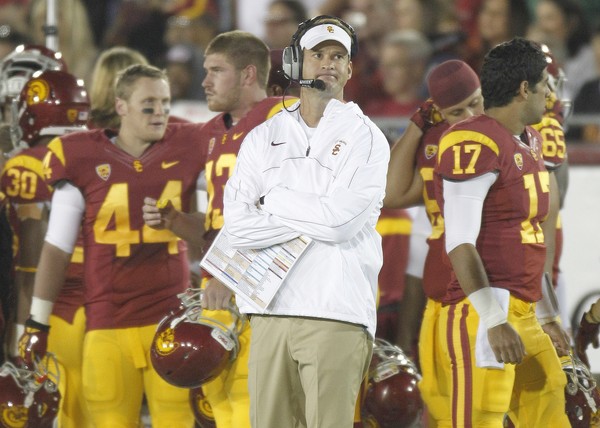 Earlier this week, Spencer Hall detailed the best memories that Lane gave all of college football. However, simply stating that Lane lost to Tommy Rees just doesn’t sum up the joy that Kiffin gave Irish fans.