With National Signing Day now behind us, the offseason begins in earnest.

It’s definitely a mixed bag. On the one hand, it gives us all here at HLS time to breathe a little bit without having to worry about the next game or being ready to analyze a recruiting class at the drop of hat. On the other, we will all go a little stir crazy while waiting for the Blue/Gold game.

Despite that, the Roundup will still go strong, grabbing on to every last piece of football news while we await for the next kickoff. And this week, the signing day craziness brings us quite the solid haul, so let’s get to it.

Before National Signing Day happened, the NCAA fell on their face. Their VP paid the lawyer of Miami booster, Nevin Shapiro, to grill him in order to gather evidence against Miami. The Hurricanes have a legitimate beef about this because these actions have opened up a giant can of worms.

Even Michigan players really don’t like Michigan. I’m sure Skunkbear fans were thrilled to hear one of their recruits will be a Buckeye fan until the day he dies.

Urban Meyer isn’t impressed, Big Ten. I really want to be a fly on the wall for the Urban Meyer Recruiting 101 session during the Big Ten meetings. It’s going to be even better if the Big Ten steps up their game only to have Meyer steal their most prized recruits.

File this under the craziest story for this year’s signing day. Mother steals son’s LOI, son gets father to help him actually sign LOI, and mother hires lawyer. These are all things that actually happened.

Clemson really loves Twilight y’all. I’m not even sure what to say about this.

Remember when Tommy Tuberville bailed on a steak dinner with a recruit and then took the Cincinnati job? Texas Tech fans sure didn’t. Their response? Send Tuberville a menu! I tip my hat to my fellow Texans on this one.

So it’s my birthday today, and while I love beer, I’m calling an audible. Bring on the whiskey. 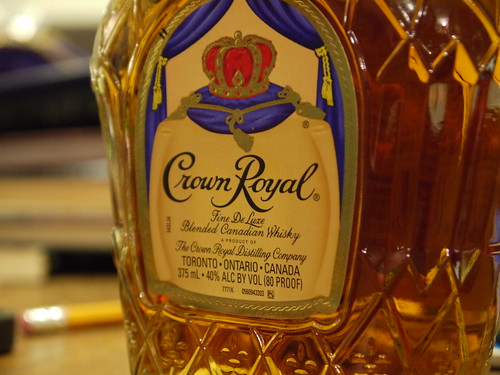