Home > Notre Dame Football > The Ballad of the Fighting Irish

For the great Gaels of Ireland
Are the men that God made mad,
For all their wars are merry,
And all their songs are sad.

G. K. Chesterton may have included this snippet within the larger context of his epic poem venerating the Saxon king Alfred the Great, but there is something apropos about this quote from The Ballad of White Horse as it pertains to the current state of Notre Dame football. With apologies to G.K. Chesterton it is time for an all-too-soon post-mortem, at the hour of death for this 2020 season.

A quick review of the season shows the following:

What word best encapsulates beating your opponents by a combined 206 points other than “merry?” This was a fun season. Winning is fun. And, although it can be easily taken for granted when it is occurring on such a regular basis (of which I am guilty), the adage really is true: Winning Is Hard™.

I am inclined, as has become a reflex these past few years, to impart platitudes to help assuage the outcry from all corners of Notre Dame fandom that inevitably call for the heads of Brian Kelly and Jack Swarbrick at even the smallest perceived slight over these twelve-week periods.

Whether I agree with it or not, I do understand where that frustration and anger comes from, with regards to The Narrative™. Those are really the only two emotions that can be exhumed from the corpses that result from games likes the ACC Championship and CFP Semi-Finals. It hurts all the more when coming off an incredibly difficult year in These Trying Times™, so often and merrily softened by all of the winning that became the standard during regular season play. So, drop that needle because the song of this season is a sad one, indeed.

I have seen on the timeline, and have heard from friends and family, the same chorus about it now being time to move on from Brian Kelly. I am not one to attempt to remove anyone’s coping mechanism for hurdling over losses so overwhelming, but I cannot help but be a realist.

Under BK Two-Point-Oh, which began in 2017, the Irish have won ten, twelve, eleven, and ten games, respectively. In that same period Notre Dame has been to a bowl game every year, with wins over LSU and Iowa State, and losses to Clemson and Alabama. I would agree that fifty percent of a team’s bowl wins is not great and can be verily improved upon.

I am also inclined to point out that fifty percent of those bowl games were CFP Semi-Final games. Yes, they resulted in a loss, but both of those years Notre Dame proved that they had the talent, and more importantly the Win-Loss record, to even make it to the Semi-Finals.

In this first verse of the sad song, if we are going to look for reasons to pin losses from The Narrative™ to, I would be remiss if I did not point out that both instances in which the games were played at AT&T Stadium in Arlington, TX, Notre Dame lost. Thusly, I can only conclude that it was not Notre Dame’s inability to go toe-to-toe with teams like Clemson and Alabama, nor was it Brian Kelly’s inability to ready the team to play and win on the Big Stage, but rather the location of where those games were played that are truly to blame.

If that idea sounds too farfetched, allow me to supplement the theory with more data— in the era of Brian Kelly Two-Point-Oh, the 2017 Citrus Bowl against LSU and the 2019 Camping World Bowl against Iowa State were both played in Orlando, FL. Both of those games resulted in a win for the Irish.

Songs truly do not get going until after the first verse, so let us hit the chorus of this song. There are those who claim that there is one, and only one, data point to worry about with regards to measuring the success or failure of a team: National Championships or bust. That is an understandable, but short-sighted lens through which to view and enjoy this team.

National Championships are important, no question about it, and it is a requirement to measure a successful team, but it is not the only metric to measure success. Focusing solely on the National Championship disregards the great improvements made since those terribly sad days of 2016’s four-and-eight season.

Two-Point-Oh has reliably, and perhaps predictably, provided us with double digit wins and a bowl game every season, to say nothing of showing up in a playoff game. Two of the past four years, Notre Dame has proven to be better than 126 other college football teams simply by making it into the playoffs.

Even in These Trying Times ™ where the 2020 football season was in question throughout the duration, the Irish managed to salvage the season by joining the ACC and, arguably as a shock to no one, managed to defeat the number one ranked team in the country during its unyielding march to the conference championship game.

So, while true that success can be boiled down to the number of national championship trophies one earns, it is foolish to not acknowledge as metrics of success what has happened during the past four years. Winning double digits for four straight seasons, making it to the playoffs for two of the last four seasons, defeating a number one ranked team during the regular season, and making it to the conference championship game the first and only year you belong to a conference are absolutely metrics of success, especially when compared to the six years prior to Two-Point-Oh, which culminated with that abysmal, and forgettable, four-and-eight season.

The crescendo builds, and the coda to follow. So where do we go from here?

Individually we can rail about needing new coaches and athletic directors, new coaching staff and better recruits. We can dwell on, and wallow in, the sad song. Some do and will, as it is where they feel most comfortable. With apologies to Yeats, their abiding sense of tragedy sustains them through temporary periods of joy.

None of us have the ability to affect change with the program. With the actual gameplay we absolutely do, and you will never convince me that changing from my kelly-green Notre Dame shirt to my navy-blue Notre Dame shirt does not impact how the players perform on the field, but being able to replace a coach or director or staff member is beyond even the most zealous of superstition.

Brian Kelly is able to win games and, until that stops being the case or he decides to move on, he will continue to be the coach. Come what will, but I maintain that it is always better to enjoy the merry war of winning ten or twelve games every season and becoming a regular presence in the CFP than the sad song of only focusing on National Championships and The Narrative™ to the detriment of everything it takes to earn that National Championship. 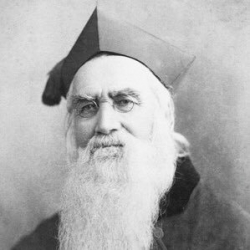