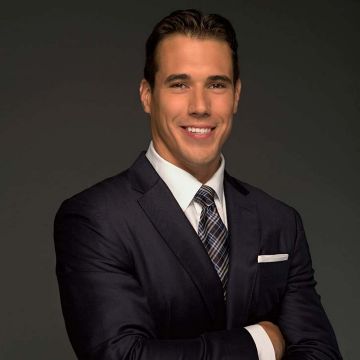 Former Notre Dame quarterback Brady Quinn says redshirt junior Malik Zaire should be named the starter in 2016 – and he laid out his argument to FOX Sports’ Bruce Feldman Tuesday.

Quinn, who is now a FOX Sports 1 analyst, said he believed “seniority should rule” in choosing the signal caller for the game versus Texas and beyond. He also believes starting redshirt sophomore DeShone Kizer at quarterback could lead to a potentially unstable situation.

“[If] they go with Kizer first – if you bench him and Zaire flourishes and he plays really well, it could damage the confidence of DeShone Kizer. Who knows if he can rebound from that?” asked Quinn. “Let’s just say…Kizer starts and doesn’t play well. Zaire replaces him. And he [Zaire] ends up being the quarterback at Notre Dame for another year or maybe he leaves because he doesn’t feel like he was treated right in the first place. Who knows? But then you’ve got another guy in Brandon Wimbush, who may be nipping at his [Kizer’s] heels, looking to beat him out again. It just doesn’t seem like a stable situation and the best way to go about it.”

I admire Quinn, who reigned over one of the most potent offenses in Notre Dame history and holds more than 30 records at his alma mater. But the only part of that thought I agree with is: “Who knows?”

Coach Brian Kelly should pick the player that can execute his offense the best and put Notre Dame in the best position to win. But Quinn wants to hedge, reasoning:

I believe Quinn overlooked something important. If Kizer’s confidence is so shattered by a benching in 2016, then Notre Dame is going to start 2017 with a supremely talented Brandon Wimbush. Quinn says Kizer has a “calm, almost unwavered personality” – so why does he think Kizer may be permanently distraught by a demotion?

The coaching staff will surely be second guessed if the player they start stumbles and his backup proves capable. But I’d much rather Kelly and his crew pick the individual they think can win them ball games than make decisions based on arbitrary factors like “seniority.”

Here’s another point for Quinn to consider: Kizer has 724 snaps under center; Zaire has 212 snaps. Zaire may have had more time with the playbook, but Kizer is more experienced where it counts.

Here’s the entirety of Quinn’s thoughts on the QB situation, starting with a comparison to a similar dilemma Ohio State encountered last year.

“Most universities would love to be in a position that Notre Dame is in right now. Granted, that comes with some potential headache if you don’t manage it right. And actually, one school that was in that exact position last year – after coming off of winning a national championship – was Ohio State. Now I think there’s some similarities and there’s some differences between what Ohio State was presented with in regards to their quarterback situation and what Notre Dame is presented with this season going into their quarterback position. So I’ll try to show you a little bit of both.

“In Ohio State’s case, they had a guy in J.T. Barrett who really kind of won them the Big Ten that season after replacing Braxton Miller, right? So I think a lot of people had seen the body of work and what he was able to accomplish. So, coming into last season, I think a lot of people thought he should have been the guy – at least, in my opinion, that’s how I felt. He had the greater body of work. Whereas Cardale Jones kind of lead them – now granted, they were very, very, very pivotal games given the Big Ten championship, (national) semi-final game, national championship. But it was only three games. And it was a very run-heavy offense behind Ezekiel Elliott, so it seemed like everyone else was doing a bunch of heavy lifting around Cardale Jones. It wasn’t necessarily him doing that.

“So, going into the season, of course instead they did the exact opposite. Cardale Jones ends up being the guy, then getting benched and J.T. Barrett gets in. It’s almost as if they couldn’t find a rhythm because they didn’t know who to go with in the first place that would given them the best chance at the beginning of the season. I kind of feel like Notre Dame is in a similar situation in the sense that DeShone Kizer now has the greater body of work. If you go back to last season, he was 8-3 as a starter. Malik Zaire – coming off – the few instances that he’s had of actually playing and starting. I think if you go back to the Music City Bowl versus LSU a couple of years ago and then limited action – Texas last season and Virginia a little bit last year. And then ever before that – the second half vs. USC two years ago when he kind of emerged onto the scene.

“Through those small instances, you’ve seen flashes of what he’s capable of. I think he’s got a lot of explosiveness running the football, maybe moreso than Kizer even though Kizer had like the second longest rushing touchdown for a Notre Dame quarterback in its history. I still think he’s the better runner of the two and probably the bigger arm. But you have this calm, almost unwavered personality in the way in which DeShone Kizer likes to lead. I think the coaches see that and they feel comfortable with that and they feel like he’s probably the better of the two to get them in the right position and into the right play. But I don’t think it’s going – I don’t know if it will play out that way, because you’re have to look at it from this angle, Bruce. You can probably tap in with some of this.

“You know, Malik will be graduated after this year although he’ll have another year of eligibility. So you have to look at it this way: If you put in Malik Zaire first and he goes out and he plays the way he showcased a little bit last season in some small instances that we’ve seen in the past of him, then you’re not necessarily in a bad situation. Because then Kizer is still a year behind. He’s still going to have some time like to showcase exactly what he did last season. Whereas if Zaire doesn’t do well, you can always bench him and go to Kizer. And then Malik Zaire would be able to transfer and he’ll still have that extra year and Brandon Wimbush would the backup competing against all the rest as they continue to stack up.

“If you switch it around the other way – and they go with Kizer first – if you bench him and Zaire flourishes and he plays really well, it could damage the confidence of DeShone Kizer. Who knows if he can rebound from that? I mean, again if you go back to last year – if you look at Notre Dame’s situation with Zaire and Golson competing for the quarterback job, DeShone Kizer was nowhere even in the discussion. You know, Brandon Wimbush has a lot of upside, a lot of ability. If you go and – let’s just say that there in place – Kizer starts and doesn’t play well. Zaire replaces him. And he ends up being the quarterback at Notre Dame for another year or maybe he leaves because he doesn’t feel like he was treated right in the first place. Who knows? But then you’ve got another guy in Brandon Wimbush who’d maybe be nipping at his heels looking to beat him out again. It just doesn’t seem like a stable situation and the best way to go about it. In my opinion, I always – seniority should rule. And they should go with the older guy. And hopefully they will in this case.

“I think that’s what’s a little bit different than Ohio State scenario. And there’s X factors to them both, too. I think, in Ohio State’s case, the absence of Tom Herman, who was the OC during the national championship year – his absence had a big factor in how that offense struggled to really find a rhythm, regardless of the quarterback.

“In Notre Dame’s case, I actually think the X factor is the fact that you’ve got a lefty and a righty. And your entire team has to adjust to a different spin on the football and the fact that the plays are going to be formatted in a different way. And teams are going to attack you differently based on the arm of your quarterback because now his weakness will be the opposite side of the other one. So the whole entire team has to adjust around the quarterback, depending on which one is in the game.”

“I just think it’s his pocket presence. He seems to be unflappable in the pressure situations. … I love his presence. I love how calm he is. And he’s just a football player in the sense that he’s not the most athletic, as you pointed out. He’s not going to be the one you go down the field on, who really excites you as far as how explosive he can be or the big plays he can make. But understands the offense. He knows how to get into his quick throws when he needs them. He knows how to protect himself when he needs to. He works the system the best of the three. And I think that’s why the coaches probably feel most confident in him going into training camp this year.”

Previous Post: « We Should Not Play Michigan
Next Post: Could FSU Grudge Match Await Irish At Season’s End? »