Who’s ready? I’m ready. The team’s ready (I think). Has there ever been a week with as much yapping as this one? I’m starting to think every day is 36 hours long, and I’m slightly concerned with both teams’ preparation given the perpetual press conference they seem to be in. But anywho, we’re less than 48 hours away from kickoff, so here’s what to look for: 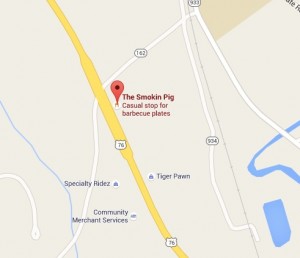 We’ll see everyone there at 8 PM. By “we” I mean Notre Dame fans because to my knowledge no member of HLS will physically be there. We’ll obviously all be at the Tiger Pawn down the street. If you’re not traveling to the game because you read The Subway Domer’s exclusive weather forecast, you can catch the game on ABC at 8PM. There’ll be 100% less Tom Hammond, but the math says that ND’s scored 60+ points in all games he’s called this season. Mixed blessings.

The Opposing Coach: On the opposing sideline from Brian Kelly will stand one William Christopher Swinney. You may recall that Bill Swinney first took aim at Notre Dame over the summer suggesting they should have to play a 13th game and join a conference to go to the College Football Playoff. He joined luminaries such as Gary Pinkel, Jimbo Fisher, and Pat Narduzzi in reaching this well-reasoned conclusion. More recently, as in the last couple of days, Swinney’s dismissed the poll voters who dared to move other teams that played games above his vaunted Tigers. (I’ll ignore the fact that I actually agree with his larger point about early polls being dumb. This is not about logic dang it).

There’s a darker secret looming, and that’s that Swinney’s actually converted Clemson into a consistent and successful college program. Since 2011, Clemson’s reached double digit wins and finished in the end of season Top 25 polls. He’s gone to 2 BCS Bowls winning 1. He’s a good recruiter whose best asset might be a good deal of self-awareness that he needed to be more hands off in order to take his program to the next level. In Swinney’s first 3 years at Clemson he never made it above 9 wins. He then got wise and made several key coordinator hires. In 2011, he brought in offensive wizard Chad Morris. Seemingly overnight Clemson was transformed. In 2010, Clemson finished 96th nationally in scoring offense averaging just 21.2 points per game. In Morris’ first season, Clemson rocketed up to 22nd nationally at 33+ points per game. In Morris’ second season, Clemson was 6th nationally at 41 points per game. While the 2014 season saw a drop off, the bigger news was Morris’ departure following the 2014 season to take the head coaching gig at SMU. Swinney promoted from within naming co-offensive coordinators Jeff Scott and Tony Elliott. Clemson’s hope is they can continue what Morris started. Given the early part of Clemson’s schedule, it’s difficult to tell where that goal stands.

In 2012 Clemson pried away Brent Venables from Oklahoma to be the defensive coordinator. After finishing 71st nationally the year before Venables’ arrival in scoring defense, the Tigers have improved their points allowed per game every season under him. Last year, Clemson finished 2nd nationally in scoring defense as that entire side of the ball was loaded with talent. A tribute to Swinney’s recruiting and Venables’ scheme. Many of those players are now gone as just 3 starters return from a season ago. While plenty of talent remains, it’s not of the same caliber/battle tested variety that anchored the team a season ago.

The Tiger’s Last Game: This happened sometime in 2014 I believe. Yes, Clemson’s 3-0 but holy heck has their schedule been inviting and cozy. Clemson’s played an FCS school, a school from the Sun Belt Conference, and a Louisville team that left September without recording a win versus an FBS opponent. There’s very little to glean from Clemson’s early game results. People have talked about the extra time off to prepare (16 days by the time the game kicks off Saturday night), which is obviously an advantage for the Tigers, but they were uninspiring versus Louisville winning just 20-17. You could have a pretty boring conversation with yourself on which of those factors matters more.

Team Talent:  There’s been a lot of discussion this week about how talented everyone is that’ll be on the field. This is a very even recruiting battle over the past 5 years. 247 Sports Composite gives the slight edge to Notre Dame by about 10 recruiting points a year. The Team Composite Rankings, which was described in last week’s preview, holds that to be the case as well. Slight advantage to ND by about 10 points a cycle. However, these are both Top 15 level schools recruiting/talent-wise with plenty of athleticism to go around. Only USC and Texas ranked above Clemson in talent profile on the 2015 schedule. The Tigers boast three of the best players in the nation at their respective positions in DeShaun Watson (QB), Mackensie Alexander (CB), and Shaq Lawson (DE). Match-ups like Alexander vs. Fuller and Lawson vs. Stanley should be great viewing on Saturday.

Clemson at Home versus Ranked Opponents: In 2014, Clemson had three losses…all to ranked teams…all on the road. They did not play a ranked team at home. In 2013 they faced two ranked opponents at home, both ranked #5 at the time (UGA and FSU) – they defeated Georgia and lost to FSU who went on to win the National Title (Man that seems like a long time ago already). In 2012 they lost their only home game to a ranked opponent (vs. South Carolina). In 2011 they went 2-0, and in 2010 1-2. In other words, since 2010, Clemson’s 4-4 versus a ranked team at home. Not terrible but not exactly an insurmountable obstacle for the Irish either.

How good is Clemson: That’s the question. The opposition has been so bad that it’s tough to get a read on what exactly ND’s in for. I’m not sure they’ve played a real offense or defense yet this year, and while Clemson fans may scoff at the uninspired performance of ND’s opponents as well, make no mistake, the Irish are by far the best team Clemson will have played this season. I think the answer’s “yes,” but I’m not positive that that’s true about Clemson for the Irish.

RTDCJP, Please: Last season Clemson had 4 games where their opponent out rushed them. They were 2-2 in those games including their only 2 losses by double digits. Those 2 double digit losses coincided with the two largest advantages an opponent created on the ground over the Tigers. Clemson went 8-1 in games when they rushed for more yards.