Yes, yes, I KNOW. This sounds like pure blasphemy coming form a Notre Dame fan, but I’ll be damned if I can’t help but enjoy watching the Seahawks play football.

I mean, Golden Tate was basically the gateway drug into this. Not only is he fun to watch play, but he loves to troll the ever-living crap out of his opponents and I can’t help but laugh when he gets under people’s skin.

Then that led me to Marshawn Lynch whose beast-mode runs are simply drool-worthy. Also, they can be incredibly hilarious when paired with NSFW play-by play (seriously, that audio is incredibly NSFW). To top it all off, the dude uses Skittles as fuel and now there will be a special Super Bowl edition of the candy. That’s all kinds of awesome.

And then you have Richard Sherman who has been a lightning rod ever since he went full HAM on Crabtree and shocked the nation because an NFL player showed emotion. In reality Sherman is an incredibly smart guy who wrote a pretty good piece on the incident, well before the audio blew up the “that thug must have said something to Crabtree” narative, and has also gone on ESPN’s First Take to produce the only watchable TV from that show in years.

Any guy that can put Skip Bayless in his place and shuts up the always screaming Stephen A is alright in my book.

…plus, Notre Dame totally made him look silly so we can always laugh at that.

Perhaps now I see why Carroll was so loved by Southern Cal fans and why I detested both him and his teams so damn much. His teams ooze confidence and they can back it up. You try to put them in their place, but they hit you in the mouth, then dance on your grave, and make no apologies for doing so.

From an entertainment perspective, when you have no dog in the fight, it’s all incredibly fun to watch them play…but still…the Poodle is the one roaming the sidelines. The thought of him holding a Lombardi Trophy after being a torn in our sides while at Southern Cal and abandoning the sinking ship at the first sign of danger just doesn’t sit well with me.

SAVE ME FROM MYSELF, HORSEY GOD! 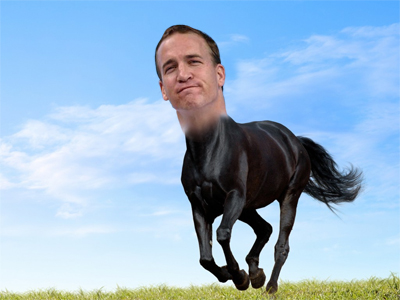 Credit: Kissing Suzy Kolber (and let’s be honest, a serious hat-tip to @NDEddieMac for bringing this into my life)

So, uh, this isn’t a good look, Michigan. Remember those allegations that Brandon Gibbons raped someone in 2009? Well, now that Brandon Gibbons’ eligibility is done, it seems that Michigan is ready to make him pay and have expelled him for “sexual misconduct”. Gibbons will not be charged and even Michigan fans believe that Hoke lied to them about the situation.

College Football now has their first publicly out LGBT athlete. Good on you, Conner Mertens.

It’s hard to not think of what might have been. And you aren’t making it any easier, Randy Moss.

James Franklin is going full scorched earth on Vandy. First he pillages the recruiting class he built and now he says that Vandy’s reason for existence is football. I guess that means he’s trying to kill them.

Filed Under: Must Read. SBN did a longform profile on Notre Dame goalie, Joe Rodgers. Read it now.

And now your moment of zen… Justin Tuck on the Colbert Report.

So it’s Super Bowl time. I’ve come up with a beverage for each team depending on your routing interests.

Alternatively: Say “to hell with those steps” and just throw Skittles into the bottom of a Vodka & 7 mix.

Let’s be honest, if Denver is winning this game, it is because of horsey-god Peyton Manning. And his edict:

My dad has taught me a number of things, and one of them is Bud Light is the preferred beer choice of the Manning family.

HOWEVER, feel free to audible. Scream “OMAHA!” at the top of your lungs and pull out a bottle of Tennessee’s finest: Jack Daniels.