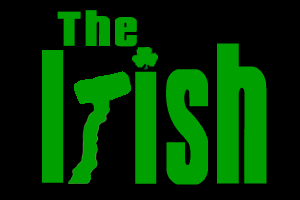 Around the table, amid the binders and notebooks, smartphones and tablets, the detritus of an overly-long study session: sandwhich wrappers and half-eaten fruit salads, cups of coffee and creamer packets. At the head of the table, in front of and to the side of Coach Kelly’s seat, a heavy crystal ash tray filled with cinders and butts. The room was heavy. Sunlight began spilling around the blinds, carrying the rising heat.

Coaches Diaco and Denbrock came in first, ahead of their head coach. Denbrock went for the blinds, raising them as Diaco started sweeping the trash with his arm into the basket he held under the lip of the table. Kelly took his seat. “Well, as weeks go, that was pretty shitty,” he said to no one in particular.

The drumbeat of bad news that Kelly had grown to both despise and fear continued: first Tony’s brother’s sudden and untimely death, then Danny Spond’s announcement. Neither event was anything within his or any other person’s control, and as he watched Danny address his team-mates, he couldn’t help but marvel at the fragility housed within his spectacular body. Still, he felt ambushed and under assault.

Diaco shrugged. “Whatchyagonnado? You got no control over any of that stuff, BK.”

“Yeah, I know, Bobby, but I’ve had enough.” Kelly rotated his chair and put his thumb on a newspaper article that had been heavily scrawled-upon. He jabbed his index finger on it rapidly, the sound like a judge’s gavel. “And what about this? We gonna talk about the Top 25 or what? This thing comes out the other day, and I’m getting calls left and right and it’s panic on the streets of South Bend!”

Denbrock laughed as he took his place at the table. He looked at his copy, on which he had early carved “WHO CARES?” in big block letters. “You know my thoughts, BK. Not a single team on that list has taken a snap of real football. Can I argue with Alabama at one? Nope? But do you think A&M is in there if they don’t have Johnny Autograph?” Pausing for effect, he put on a horrific cockney accent. “Not bloody likely!”

Diaco leaned back in his chair, licked his thumbs in rapid succession and used them to gently tease his hair. “I agree. I mean, we’re what? Fourteen? Where were we last year? Unranked. You do the math.”

Kelly raised his eyes from the table and watched Diaco bemusedly. He considered for a moment that he and his coordinators had been together for close to thirty hours at this point, had been outside, running around at an energetic practice, and yet Diaco’s hair was immaculate. “So what about Stanford? Four. You buyin’ that?”

“Sure. But they always play us tough. And this year we gotta go out there, so… .”

Denbrock agreed. “They’re very solid on both sides of the ball. I mean we got more weapons than they do on offense, but they’re our Roddy Piper. Every time we play them, it’s a fucking cage match and someone’s head gets split open.”

Kelly smiled. “Okay, as long as we’re Superfly, I’m okay with that. What about Michigan? They getting disrespected here?”

Diaco lurched forward and thumped the table with his balled fist. “Fuck them. Do you know what it’s like to step on Denard like a cockroach last year and then see him on the cover of a fucking video game? And then to watch him on the NFL channel in preseason highlight videos?”

“You got me. When you think about it, BK, USC had like our season but in reverse, last year. They start preseason number one and by the end of it, ooh fah! Oklahoma, they lose the quarterback and they’re still good and they still got Stoops, so you can’t tell yet. Again, everything’s gonna change in two weeks’ time. You think we’re fourteen if we still have number five?”

Kelly thought about that. He stood up and walked to the window, watching the waking activity as campus came to life for another day. “I’m just trying to get comfortable with our place in the world, guys. And I’m realizing that I gotta be comfortable with our place, period. Look at Alabama. Number one again. Can we compete with that? Yes and, to be honest, no. You think we’d get a pass if we cut a player for a ‘chronic medical condition’ and then he went and signed with another team? We’d have the NCAA so far up our asses we’d be walking funny. But I think about that game in Miami and I’m still ill.”

He walked back to the table and picked his visor up and put it on. “Alright, boys, let’s go. We can’t worry about this shit. We got one more week of this and then it’s Temple week.”

Diaco put his arm around Coach Kelly as they walked out the door. “Temple? What are they ranked?”