This time last year, the members of the IBG were beside themselves, trying desperately to find silver lining against the disaster that was the turnover-laden USF game. This year, the IBG marches into week 2 with a 40-point victory and loads of confidence heading into Purdue. We are definitely in our happy place.

This week, HLS teams up with Keith Arnold of Inside the Irish for IBG duties. His answers to my questions are below and you can check out my responses to his trio of questions over at his site. Don’t forget to check out the other two IBG members Subway Domer and Strong and True for their IBG offerings this week. 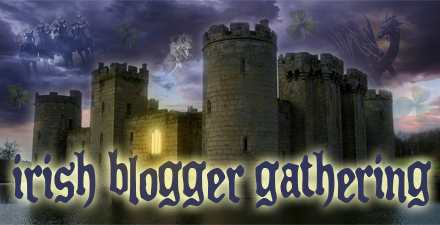 1) So with all the talk of how Everett Golson would handle the offense, he spent most of the game handing the ball off. Do you think Brian Kelly and new Offensive Coordinator, Chuck Martin, are just playing to our strengths or is this just a way of easing Golson into the starting quarterback role?

I think probably a little of both. If it’s anything, it’s also proof that Kelly has evolved and learned since he showed up in South Bend. (It’s crazy to think that in Tommy Rees’ first game of action, Kelly had the freshman throw the ball 54 times against Tulsa and Golson only threw it 18 times against Navy.)

The strength of this Irish team is on the ground, and it’ll also help open up the passing game when the time comes. Even in the limited downfield throws, it was hard not to notice Golson’s impressive arm strength. As the Irish need it, they’ll start to take some shots with Golson, using the bootleg or vertical routes to try and grab yardage by the chunk.

2) Most of the questions surrounding our young and Floydless wide receiver corps seemed to be answered by “use more tight ends”. Were we just trying to push Navy around with our size advantage or do you think two/three tight end sets will be the norm?

I absolutely expect it to be the norm. Notre Dame won’t just push Navy around if it uses Tyler Eifert, Troy Niklas, and Ben Koyack along with the offensive line. The Irish will push around most of their opponents. It’ll also put defenses in some very difficult personnel situations, forcing teams to keep physical personnel out there to combat the power running game while also leaving itself susceptible to playaction passing and the downfield passing game.

It’s tough to match-up with Eifert and Niklas, two guys that clock in at 6-foot-6 and 6-foot-7 respectively and can both run like gazelles. As we saw last Saturday, they can also chip in blocking in the power running game, giving the offense some interesting versatility while also giving the Irish’s wide receivers some breathing room.

3) Purdue has been having their own quarterback controversy, complete with a suspension too! Caleb TerBush is coming off of said slap on the wrist and has been named the starter against Notre Dame. Purdue fans don’t seem to be on board with this, but what do you think — will TerBush actually bring something to the table or will this be another hilarious Purdue failure?

Danny Hope has been pretty consistent in his statements that TerBush had the better fall camp and was a better fit for the job. Obviously, without knowing why Purdue suspended its starting quarterback in the hours leading up to the season opener, it’s hard to form an intelligent perspective on the situation, other than to say Robert Marve played quite well when called upon (though he did have some turnovers).

I don’t think any of the three guys Purdue can run out there are game breakers. But after starting slow and all but giving the game away to the Irish last year, Hope knows how important limiting mistakes against the Irish will be. It’s likely why he decided to go with TerBush. I’m of the mind that whoever Purdue starts probably won’t make a big enough difference to change the game’s final outcome.