Sweet, sweet Jobu, as much as I was appalled by the performance of the Notre Dame football team against SDSU, I’m even more appalled at the cognitive underachievement of the vocal minority on so many ND fan sites. Shame on them. Shame on them for grasping at straws and saying any thing that comes to mind that they consider profound only because they haven’t seen it said before. Never mind if what they say makes any sense if you investigate it beyond 2 of its onion-like layers of “logic.” Some of these people are about one failed synapse away from trying to actually blame that game on displeasing the Aztec gods and looking for a virgin in the student section for sacrifice [insert obvious joke here].

Beyond, or, rather, within, all the stupidity that has been textually blurted out onto the internet over this game, I noticed one really interesting trend: A lot of people were asking a lot of other people if they were watching the same game. And that was occurring because these people were unable to agree on any sort of causation responsible for Notre Dame needing a 4th quarter comeback to beat one of the worst college football programs in the country. When I see something like this, where disaster strikes (or almost strikes) in my professional, romantic, or athletic (?) life, and there seem to be too many variables to count, I always step back and look for the simplest possible answer. Occam’s been my loyal friend and guide through many a difficult situation, and I rely on him again here when I say that the only reason SDSU even had a prayer against ND is because of the 4 turnovers handed to the Aztecs.

So yeah, it was the turnovers. And it’s a shame really, as, at least for the running backs, I don’t think I’ve seen a single cut of practice film in which Coach Haywood isn’t yelling at someone about ball security. It’s also a shame because, really, the two running backs that dropped the ball weren’t doing anything wrong from a fundamentals standpoint. Robert Hughes a) never actually fumbled the ball and was ripped off by a horrible call, and b) never actually fumbled the ball and was ripped off by a horrible call, and c) will need to learn that he, particularly against “inferior” teams, is going to be both the beneficiary and the victim of some very slow whistles. Refs are human, and they, just like us, have already come to expect Hughes to spend a good 10-15 seconds after each snap simply carrying defenders around the football field. When that happens, whistles don’t call plays dead for a long time, and then a guy like Hughes can get his ankle/knee nearly popped out of socked (while it’s on the ground) before the play ends. Now Armando Allen’s fumble was a slightly different story. You’ve probably seen or heard a ton of people say that “anyone would fumble the ball after that hit.” Yeah. So don’t take that hit. I love Allen. He plays with a chip on his shoulder, but that chip seems to be making him forget that he’s faster than nearly everyone on the field with him and that he needs to run around some people, particularly after breaking passed the linebackers, and stop seeking momentum crushing contact.

I’m not even going to start on Kamara. I don’t know what the kid’s deal is. Jimmy shouldn’t have thrown the second pick in his direction, but Kamara should never have been beaten for that ball. And he wasn’t beaten because he didn’t even compete for that ball. He just flailed around like a Notre Dame defensive back from the late ’90s.

Anyway, take away the turnovers, and the game is probably a 30-0 affair after which we’d all still find a lot to dissect, but at least we’d not feel ill. Get back the Hughes fumble, and ND goes up 7-0 in all likelihood. Right before that fumble, the Irish had sort of found their stride, going 72 yards in 9 plays. That drive had started at the 14:16 mark in the second quarter. So, in a way, the Irish had sort of figured things out a bit after a shaky first quarter of the season. Take away the 1st Kamara interception, and you take away 7 SDSU points. Take away the second Kamara interception, and you take away 6 more of SDSU’s points. It’s tough to win a game with 0 points. Anyway, I know some will argue that SDSU had turnovers too, and that’s true, but the “temporal value,” or the value of the turnovers relative to at what point in time the turnovers occurred was greater for SDSU. They essentially allowed SDSU to cling to life and “shorten the game.” And as has been demonstrated ad nauseum, a shorter game makes it more likely that the inferior team can prevail. I’m also just going to have to argue that turnovers will only ever help an inferior team compete against a superior team. And that’s why coaches go so nuts over turnovers. Turnovers kill momentum. They kill preparation. They kill talent advantages. Essentially, turnovers kill everything for which coaches work so hard to achieve.

Lots of stuff I can’t put together coherently, but will probably dispute something I saw or heard in the last 24-48 hours…

That’ll do. It’s after noon on the Monday after the game, which means you, Mr. ND Football Fan, have already read 45 other perspective pieces on this game. Suffice it to say I really do believe this would have been a rather blasÃ© “blowout” of SDSU had ND just protected the ball. And that’s certainly a lesson that the Irish players are capable of learning and correcting in just 1 week of practice, so, moving on, I’d just like to reuse an oldie but a goody to say… 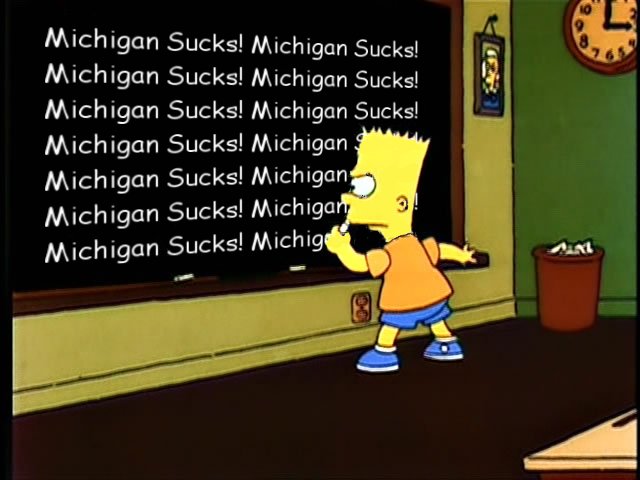