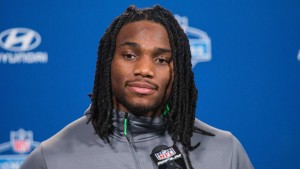 Jaylon Smith’s recovery from a torn anterior cruciate ligament (ACL) and lateral collateral ligament (LCL) is under immense scrutiny this week as the Irish’s junior linebacker meets with NFL physicians and teams in preparation for the upcoming draft.

ESPN reported Saturday that multiple teams failed Smith on their physical exams due to concerns about possible nerve damage, including three teams that allegedly said they won’t draft the talented player under any circumstance.

In light of the reporting from the Combine, I asked Dr. Shane Hudnall, who specializes in sports medicine, to offer insight on ACL/LCL tears, recoveries and related concerns.

Dr. Hudnall, a graduate of both Notre Dame and Indiana University School of Medicine, is not Smith’s doctor. He has not personally evaluated Smith and does not have access to any of Smith’s medical records. Dr. Hudnall spoke based on his experience, his research and general guidelines he follows in his practice.

Smith released a video Thursday to demonstrate his ability to walk seven weeks after surgery.

Amazing walking without the knee brace six days after being restricted for six weeks and feels fantastic! pic.twitter.com/dAW8OW09Ke

Many professionals, including Dr. Hudnall, noticed Smith was also wearing an ankle foot orthosis (AFO) brace. An AFO brace keeps the ankle near 90 degrees – from knee to ankle to foot – so you don’t drag your foot when walking, Dr. Hudnall said.

The only reason an individual would wear an AFO brace after tearing those same two ligaments is if there was weakness of the muscles on the front of the ankles, the doctor said. Again, those muscles help bend your foot up so you don’t drag it and trip. 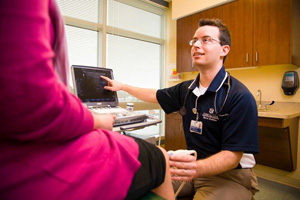 “You can stun the nerve without tearing it (stretch injury) and I have seen cases where people ice their knee right over the nerve and it takes two to three months to ‘wake up,'” the doctor said.

The knee, as you might expect, is very unstable if you tear two ligaments simultaneously. If you injure the outside back part of the knee, Dr. Hudnall said, there’s a 35 percent chance of stretch injury to the peroneal nerve which runs by the LCL. As mentioned above: If you damage the peroneal nerve, you’re going to have a inability to raise your toes or raise your foot from the ankle.

Since you can’t see the peroneal nerve very well on an MRI, the surgeon is the one who can determine if the nerve was stretched or torn. Most people who injure the nerve just stretch it; if it’s torn, Dr. Hudnall said, that’s very bad.

Smith insisted Thursday during player interviews that there was no stretching of the nerve.

I asked Dr. Hudnall about how nerve damage would affect recovery. For fans of Smith, this was hardest to hear.

“It really messes up the recovery time,” he said. “Nerves can take forever to regenerate and recover. And even then, you may be left with permanent damage. You don’t really know until you’re one to 1.5 years out if what you have is permanent. The chances of additional recovery beyond that time frame is low.”

Dr. Hudnall said tearing your ACL requires at least a six month recovery period before you can return to the field. In the NFL, he said, the average time between surgery and a return to the field is 10.8 months. Dr. Hudnall said to add at least one to two months onto that timeline because of the additional LCL sprain/tear.Prior to the injury, Smith was considered by many to be a Top 15 selection in the draft. Mike Mayock, a NFL Network analyst, said the linebacker could have been the No. 1 overall pick if the injury had not occurred.Darren Rovell, a business reporter for ESPN, reported Saturday that Smith purchased a “loss of value” insurance policy before his injury that will pay out $700,000 if he is not among those picked in the first round. It pays out an additional $100,000 for each subsequent pick. Therefore, Smith would collect $1 million from the policy if he is passed over in the third pick of the second round, $2 million for being still on the board after the 13th pick of the second round and so on. The maximum payout is $5 million, which would occur if Smith wasn’t drafted by 11th pick of the third round.