It’s time to break out of our offseason slumber with the best way we know how: video game football with play-by-play and color commentary that is–well–uniquely HLS.

Shane and I will be on our Twitch airwaves once again on Thursday, April 29 at our usual, my-kids-better-be-asleep time of 9 PM CDT / 10 PM EDT. As always, the podcast will release the following day once I do a little audio magic.

As we did towards the end of last season, we will be rolling with College Football Revamped, an amazing fan project that has given NCAA ’14 Football quite the modern facelift. This will tide us over until EA Sports relaunches their College Football video game franchise in a year or two.

The rosters will be updated again during the 2021 season thanks to a dedicated team from the Operation Sports forums. Those rosters, however, won’t be updated until after spring practice concludes, meaning I will have to make some tweaks on my end.

Or to put it another way: things might look weirder than usual because I’m having to tweak things. For example Jack Coan, might look and play a lot like Ian Book. On. Brand.

Further fair warning, the game will skip the opening kickoff and start with an offensive snap. This is because I have to manually control for one play to put in mass subs on both teams to get a ones vs. ones and twos vs. twos matchup. We did that live last year and that wasn’t the kind of train wreck I wanted.

I’m looking forward to hopping back in the saddle and getting the content machine going again. We’ll have some real football to break down of the next few months as we count down to a season in which, hopefully, we’ll be able to share a drink or two at a tailgate once again. 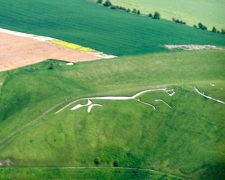