Well, folks, here we go. It’s time for arguably the biggest game of the season and probably one of the few top-five matchups this season outside of the awesome SEC. By now, y’all should know the drill, so I’m going to skip the boring details and jump right into this thing and hit the ground running like I just grabbed some crab legs at Publix. 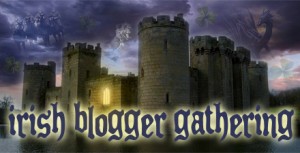 My question: Slow and error-prone starts have plagued the Irish this season (save for an opening TD drive against Purdue). If you’re Brian Kelly, what would you try to do to prevent such a start against Florida State?

Mike Coffey of NDNation says it all starts with the coin toss.

Aaron of the The Fighting Irish Blog says go deep.

Frank of UHND.com also subscribes to the “eff it, go deep” newsletter.

The Subway Domer is also looking to differ on kickoff.

(Aaron Horvath, The Fighting Irish Blog): I’m going to step away from the questions regarding the current squad and turn back the clock. First off, what do you remember about the 1993 game? (Shameless plug, we will be broadcasting the 1993 ND-FSU game on WatchND.tv/classics on Thursday night at 8pm ET) … where did you watch it? If you’re too young to remember, tell us about the best ND-FSU memory.

Tonight will be the first time that I’m able to watch the 1993 classic in full. I was seven years old at the time and, since only my uncle went to college (Stephen F. Austin), my football consciousness barely extended beyond the Cowboys. I don’t even think I could’ve named all the teams in the NFL back then.

A few years ago, I got an awesome DVD set containing classic Notre Dame games (this one) for Christmas. I was working my way through the set chronologically more or less, but some jackass broke into my house and stole all my DVDs before I ever got to the FSU game. So thanks for that, jerk.

Anyways, this is the part where everyone expects that I say 2002 since I was in high school at the time. Truth be told, I’ve never seen that full game either nor much of the 2002 season for that matter (and now I more or less refuse to try because I don’t want to subject myself to anymore Ty-led ND football). I have a better vivid memory of arguing with my mother that the application to Notre Dame was a waste of time and money since I wasn’t Catholic. This may surprise you loyal readers, but, spoiler alert, I’m an idiot.

So that means my first FSU memory was the 37-0 ass-kicking the Irish received in 2003. I remember two things from that nightmare:

Then we had the 2011 Champs Sports Bowl which was one of the more famous “TOMMY, NO” games in which Andrew Hendrix got in on the INT mix. So that was fun.

What I’m trying to say is: I NEED TO SEE THE IRISH BEAT FSU IN THE WORST WAY!

(Mike Coffey, NDNation) What, if anything, does this game say about the season for both teams?  Is it make-or-break, or will the loser still have a chance?

In terms of the season, I think this means more for FSU. When you’re the defending champ, it’s definitely title or bust. I don’t see the Seminoles recovering playoff hopes after a loss at this point. In fact, I wouldn’t be surprised in the least if Florida State forces Winston to fall on the many swords he keeps throwing in front of him if the playoff is ever out of reach. That’s partly because I’m cynical about how many major programs act these days, but also because I get the feeling that FSU is really getting tired of dealing with Winston being a headline for all the wrong reasons. So, yeah, a loss for them is a nightmare scenario.

For the Irish, I respectfully disagree with Brian Kelly that we can make the playoff as a one-loss team. After reading some very disheartening things about what the playoff committee can and can’t use in deliberations, I believe there will be too much SEC bias to overcome even if ND gets big wins over Arizona State and Southern Cal.

That being said, I don’t think I loss throws our season in the garbage. A potential 11-1 run is still incredible for this team and I’d be happy with that (or even 10-2 to be honest). I mentioned this on HLS TV, but I’m not entirely convinced the Irish are a team that can win the title right now. They are close, so very, very close.

I still believe the Irish can win this game, but I won’t shift my focus to 2015 if they drop a tough game in Tallahassee.

(Frank Viovitch, UHND.com) With all of the talk of Jameis Winston’s eligibility being called into question after being linked to the same autograph dealer as Todd Gurley, what is your take on Winston with regards to this weekend?  Are you hoping he is ineligible to help Notre Dame’s chances or are you hoping he plays so that if Notre Dame were to win there wouldn’t be any way for the media to downplay it?

Let’s get one thing clear: I never for a second thought Winston would be ineligible this weekend. If that somehow changes, I will be utterly shocked. Like I said above, I think FSU only does something if the playoff is out of the picture. Beyond that, they (and Winston’s lawyer) are just hoping to weather the storm until then.

From a football perspective, I want him to play. I don’t like a potential for anyone to have an excuse of “yeah, ND beat us, but” even though such excuses will inevitably happen. Seriously, with a ND win, watch the narrative shift to “off the field distractions finally caught up to FSU” or “was FSU really that good?” within 24 hours.

It is what it is, but whatever. Beat everyone and play the hand you’re dealt.

(The Subway Domer) Life is a music video. Provide 3 short song lyrics that best describe the upcoming game against FSU and include the video that it accompanies.

Fun fact, thanks to random Twitter conversations, I discovered that Creed more or less formed at FSU as their founding members Scott Stapp and Mark Tremonti were classmates in high school and FSU. Another fun fact, I was quite the Creed fan back in the day. Heck, I’ll still listen to some of their stuff because I think Tremonti is a pretty damn good guitarist so I try to forget the fact that Scott Stapp is…well, Scott Stapp.

Anyways, you are forever going to regret going old school in your IBG question, Subway Domer, because I’m going to piss off the entire fanbase with Creed lyrics and music videos. Don’t be mad at me, be mad at FSU, they unleashed this on the world. So, I introduce to you Jameis Winston’s playlist because who needs “I’m the Man” on repeat when you have an entire catalog of Scott Stapp’s whining and self loathing?

“You Stand Here with Me”, a tribute to #FSUTwitter