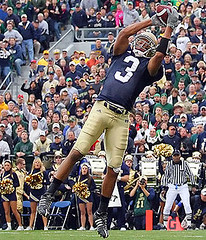 Keith over at Inside the Irish has posted everyone’s picks for the top 5 players on the ND roster. He’s also got links for all of the other picks we did before that too. Check it out.

Frank of UHND has some thoughts on his ballot and the overall rankings too, so go check that out as well. Soon as I see other analysis, I’ll let ya know.