The crisp Fall air stirs across campus, picking up the leaves and scuttling them across the quad.Â  The sweet sweet scent of Knights of Columbus steak sandwichesÂ drifts along with that of Miller Lite.Â  Kids in #10 Jerseys toss a football with their dad as you turn and see Touchdown Jesus on your left, the stadium on your right.Â Â  And somewhere, you hear a rumble and a cheer.Â  The band is stepping off.Â  Or maybe that’s just God getting the troops ready in Rock’s House.Â Â  No matter which way you turn, it’s Green, Blue and God.Â  Irish.Â Â  The Irish are coming…

I am getting FIRED UP.Â  That’s right, it’s time for some football baby!Â  Wooooooeeeeeh-hhheoooooooh!Â  And I am getting to the breaking point here, for Father Sorin’s sake!!!Â

I am not sure what it is about this time of year.Â  The anticipation gets to me.Â  I need to do push-ups or run stairs or something, because I just get too damn pumped up.Â Â  You feel that?Â  You FEEL it?Â  That’s CFB, breathing down your neck.Â  The history, the rivalry, the unabashed LOVE for your team.Â  And in this case for the Irish.Â Sing it with me now…

Okay, maybe not…anyway…wait, was she popping-and-locking there?Â  Gotta love the effort at least, if not the execution.

With this feeling propelling me, I’m going to give my own personal game-by-game run down and prediction for the season.Â  Knowing my biases, knowing my fired-up-ed-ness, you may take issue with some of the predictions.Â I am okay with that – comment away.Â  I am not going to be totally absurd (you won’t see ND over USC by 20), though.Â Â Â Â And frankly, I don’t care if I’m right.Â  I just wanted to run down the season so I know what to look forward to, and you will too (orÂ each could have a completely different result.Â but at least you willÂ be able to say “wow, that Biscuit is money” or “man, he’s full of shit” and that will be fun for you either way.Â  right?).Â  Some of these calls are losses, and my irrational ND-loving self is screaming NO YOU IDIOT, WE WILL WIN EVERY FREAKING GAME!Â  WE WILL SWARM AND CRUSHÂ THEM WITH OUR NEW HIGH-POWERED DEFENSEÂ AND CUT, SHAKE AND BAKE OUR WAYÂ FOR 6 WITH OUR SLASHING RUNNING GAME.Â  RAH RAHÂ ETC Etc etc……..But I’m trying to at least base this in reality.Â  Maybe not an unbiased reality, and maybe a slightly self-serving reality, but it’s my freaking reality so stuff it if you have a problem with that.Â  I think I am fairly fair. As always.

After an early stalemate, things will open upÂ midway through the second half.Â Tenuta is good, but so is Charlie.Â  The new Irish D does a solid job on a fairly rookie-ish Tech offense,Â shutting down Choice.Â  Keeping thingsÂ close and low-scoring.Â  Irish win it in the 4th while leaning on the running game heavily, 13-10.Â Â It’s not pretty, but the close-knit Irish pull it together in time.Â

The Irish get a little more comfortable.

Penn State is shaking, rattling and rolling.Â  And JoePa is trying to use his immense evil powers to affect game play from the Press Box.Â  State, however,Â isn’t all thatÂ good.Â Â  Corwin’s D is now swarming everywhere since he unleashed the full power of the 3-4 in the 2nd quarter, the PSU offense is confused, and on their asses a lot.Â  Morelli is still inept and costly mistakes combined with a player shortage from their 3rd team brawl in a month costs them.Â  The ND offense is still rusty though, but the run is pretty effective and the play-action/slant/out pattern passing game keeps the defense on their heelsÂ at times.Â  ND is out-matched in terms of experience and talent and it’s tough going, though.Â  A lot of stalled drives and drive-stalling mistakes.Â  We head into the 4th quarter down by 3, and a miracle drive will seal it in the final minutes. But this inexperienced offense doesn’t quite have it in them yet and PSU squeaks past 17-14.

Sadness.Â But there’s fight in this team, and ND’s ability to hang with a highly regarded team turns some heads.

ND comes into Michigan a heavy dog, despite two decentÂ games and a 1-1 record.Â Michigan has trounced a Pee WeeÂ football team from just outside Akron and a local Girl Scout Troop as warmups, so they come in confident.Â  The Irish D does a good job containing Hart, but Michigan’s talent is spread throughout the offense and the passing game works well for them.Â  ND puts up good numbers on the ground, but the passing game isn’t there to match up with Michigan.Â Â  Sadly, UM takes this one handily, beating the Irish 31-13.Â  But next year will be different.Â  Next year…

Â Momentum crushed.Â  Reality sets in – there is work to be done.Â  Progress to be made.Â  Charlie is scowling.

The ghost of John El remains, and this MSU teamÂ has already started falling apart.Â  Leprechauns are standing at midfield ready to fight these guys.Â  No matter whereÂ MSU turns, a golden helmet is in their face.Â  TheyÂ still have a slight chip, but it’s nothing compared to the chip ND still holds on their collective shoulders because of the ‘flag incident’ two years prior.Â  The running game powers, the passing game chips away.Â  ND wins solid, 24-10.Â

Celebration.Â  So fun to beat the school with the “Packaging” major.

Purdue rolls out their big drum and they fling the ball all over the field again.Â  But this time, the Irish D is up to the challenge.Â  This Brown-coached secondary is no longer a joke – broken up passes and big INT’s fuel the ND fire.Â  The running game is on all cylinders by now, and the QB (whoever the hell he is) is settled into his game, the attack balanced.Â  What ND lacked in experience in games 1-3 is now gone, and things start to gel.Â  Lambert takes out the big drum in the 4th quarter ‘by accident’, and ND wins 24-14.

The Irish make the trip out to LA and the ‘hallowed’ Rose Bowl, in BiscuitÂ territory.Â  I am at this game and I am freaking drunk.Â  Yay.Â  The place is sold out, and ND fans compose more than half the stadium.Â  It’s pretty much like a home game, just with more diversity and better weather.Â  UCLA’s defense remainsÂ SICK.Â Â And they are especially good against the run, forcing ND to pass more.Â  While QB X gets things going early, it gets more difficult with the runningÂ game shut down.Â  Olson is still an off-and-on guy, and it shows in this game.Â  He seems to freak out, FREAK OUT, in the spot light for some reason, and mistakes show it.Â  But, UCLA proves to be a Top 10 team and handles the Irish,Â 31-21.Â

Pain.Â  ND was on a roll again, and came up short.Â  But, there’s confidence building as well.Â  We can hang with the better teams in the country.Â  We have huge upside.Â  We’ve got that going for us, which is nice.

BC comes into town all strutting pretty.Â  Look at me, I am an eagle, I can soar…WHAP!Â  Suck it, eagle.Â  ND brings it this week, pissed off about the previous week’s result and ready for revenge.Â  BC isÂ experienced but the ND squad is young and talented and finally, somewhat experienced and tested as well.Â  NDÂ needs an on-side kick late in the game to do it, but wins 16-14 on a last-second field goal.Â Â

Huge for this team’s spirit.

The Irish welcome USC back to Notre Dame stadium amid fanfare andÂ national attention.Â  USC is undefeated, and the Irish haven’t been stellar but have surpised manyÂ by pulling out a 4-3 record to date.Â  But USC isÂ still #1 and for a reason.Â Â The USC D is just too much for the young Irish offense to handle.Â  Too big and too quick.Â  We know that one day soon this will all change, but it’s not today.Â  The Irish fall hard, 34-13.

The Irish are looking to coast through their finalÂ few games after the gauntlet they just survived, but Navy is having none of it.Â Â  It’s an ugly day in the rain/sleet/snow of SouthÂ Bend, and Navy plays it tough.Â  But the Irish have too muchÂ talent on the field and walking the sidelines, and they handle Navy 21-7 on a ground-loaded game full of big hits, slips and fun mud-puddle diving.

Air Force’s quintuple option offense brings a twist to this game asÂ always, but the widespreadÂ and flexible 3-4 isÂ aÂ perfect defensive match.Â  ND’s offense is starting to click, and it’s a well-balanced attack that leads theÂ Irish to a handy 38-20 victory.Â  ND’s top-scoring performance of the year, to date.

The smart kids fromÂ Duke come to town toÂ take a whooping.Â  It’s sort of sad, because you’d think that a school with so much to offer could get some players.Â  But they can’t.Â  ND rolls, 38-6.Â

Satisfying. In a sad kind of way.Â

Despite their obnoxious new head coach, the Cardinal (why isn’t that plural???) still suck(s?).Â  ND finishes off the season strong, winning at Stanford 28-10.

Stanford is lame, so we celebrate.

The regular season is wrapped, and ND has surprised the CFB world by pulling off an 8-4 season and a berth in a respectable bowl.Â  More than anything, the team matured throughout the year, and with the incoming talent is poised to make a serious mark over the next 2 seasons.Â  A national championship in ’08-’09 isn’t out of the question, and everyone’s expecting one the following year.Â  Based on his preseason comments, ESPN donkey pundit Mark May votes Charlie Weis Coach of the Year, which he wins.

Meanwhile, I have hit the lotto and now reside in Hawaii, sipping Mai Tai’s and only leaving to catch ND games, whereever they may be.Â  So this, my friends, is sweet. 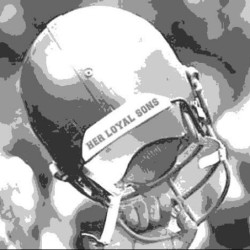 Previous Post: « News Flash to all the Haters: ND is NOT Over-rated.
Next Post: Rudy, Rudy! All-World Tight End Recruit is a Nice Guy »