According to the OC Register (still hunting for link), the starting QB for UCLA cannot speak. Which means he cannot call the cadence, let alone call any audibles in a loud stadium.

Pat Cowan is likely to start Saturday at Notre Dame, but there are concerns about his ability to communicate. There are also answers to questions about strategy and play-calling from the fourth quarter of UCLA’s loss at Oregon.

Cowan, the Bruins quarterback, took a shot to the throat in the second half. As the game wore on, he lost his voice, making it difficult to communicate changes in protection or check out of plays.

“We weren’t doing some two-minute stuff at the end because of the communication, even though most of it is (hand) signal. It’s hard to do changes of protection and audibles and things if you can’t communicate those things,” Coach Karl Dorrell said.

The Bruins could install hand signals for the game, have the receivers who shuttle in the play calls recite plays in the huddle or find other means for Cowan to communicate with the line and backs and receivers. “Now that we’re at this point and in this week of practice, we’re going to have to find a means of communication for him,” Dorrell said.

Of course, Notre Dame Stadium not exactly living up a any “House of Pain” type levels of hype, indeed, nobody’s ever even called it the house of pain, I’m not exactly sure this hurts UCLA’s chances in Saturday’s game. Heck, the general population of any given Notre Dame home game will probably just resort to golf clapping and hushed whispers. No sense in risking the much ballyhooed reputation of our fanbase in order to help the Fighting Irish win a game at home! Certainly not! Now where is my cognac and what did I do with those opera glasses?

I wont be in attendance for the UCLA game, but if that stadium isn’t rocking, I’m gonna get the name of everyone that is in attendance and deal with the issue myself. Do not underestimate the power that HLS now wields!

You’re All On Notice! 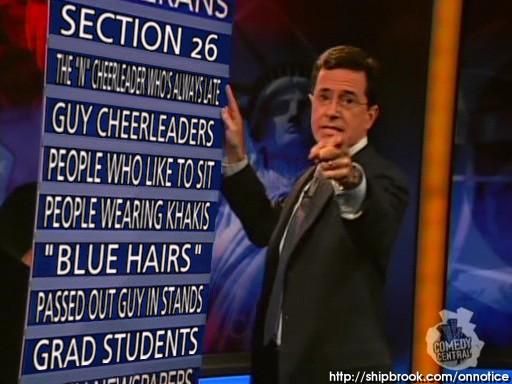