Home > Notre Dame Football > The Case Against the Shamrock Series

Debate This is a recurring series on HerLoyalSons in which two writers take opposing sides on a hot topic. Today and tomorrow, we will debate whether or not Notre Dame should continue its annual neutral-site Shamrock Series game. Today, tricerapops argues that the Shamrock Series may become “a drag.” Tomorrow, Chris argues for the continuation of the series, which is on hiatus in 2017.

1) The additional home game (albeit at another location) may be viewed as a negative with the CFP Committee over time. This may be concerning as ND is already perceived as playing from behind without a conference championship to play for.

2) We lose the series’ value proposition if we skew scheduling of the matchups towards ACC opponents. The series is meant to be a modern day barnstorming. If we end up just playing ACC schools, I personally think the allure of the series/game takes a hit. Three of the eight games (including 2016) were against ACC schools. While using the SS game as an ACC match-up might help us in our requirement to schedule an ACC opponent, it seems to help the ACC more than ND.

3) This is baseless speculation. But if we’re moving the kickoff for Texas to a Sunday, what will prevent us from facing pressure to play a Thursday night game at some point? Imagine a scenario where the Shamrock Series is pitched as a Thursday night game against a high profile opponent for a rating boon? As a fan of college football, I would love to see that – but as a highly anxious ND fan scared of playing a premier opponent on a short week of practice? Not so much. 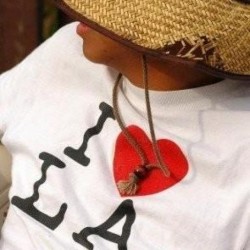