Fresh off the six year extension, Brian Kelly is set to become one of the longest tenured coaches in Notre Dame history. He earned the chance to make history by winning some pretty important games since arriving in South Bend in 2010 (though you could argue, not enough since 2013. But that’s for another post). None more than these five:

#5 USC –  2012 (22-13): While USC was toiling under the mismanagement of Lane Kiffin, there is no denying that the circumstance makes this game a top five under Coach Kelly. Think back to the BCS era: Undefeated regular seasons mattered more than they do now and late season losses were insurmountable. The Irish were 11-0 creating a win-and-in scenario (thanks mainly to a tattoo parlor in Columbus, Ohio). Manti was still a super hero. And it was in the Coliseum. Top 5 win. Next issue!

#4 Utah – 2010 (28-3): Let’s be honest. The 2010 wasn’t that good. Losses to Michigan, Michigan State (field goal fake, if you’ve forgotten) and Stanford had the team 1-3 through September. Beating a Top 50 team seemed out of reach, let alone a Top 20 win. Notre Dame held the 14th ranked Utes, who scored 47 the week before on TCU, without a touchdown. It’s hard to overstate such a quality win in a new coach’s first year — they call these program building wins.

#3 Stanford – 2012 (20-13): Stanford’s Stepfan Taylor was a bad, bad, man. That he managed 102 yards against Notre Dame’s historically stingy rush defense is really telling. Only one other player eclipsed the century mark during the regular season – major bonus points if you know who it was without looking it up…or really, if you knew off-hand that it was Ray Graham from Pitt go outside now and talk to other living, breathing, human beings. Stuffing Taylor on the goal line was the stuff of legend. And it setup the Irish for their biggest win in a long, long time (we’ll get there…)

#2 Michigan State – 2013 (17-13): BK notched his third straight win over Sparty and did it with a Cam McDaniel TD late. Dantonio went back to the trick-play-bag and got burned…and there were LOTS of pass interference penalties but the net-net was a 10-game home winning streak for the first time since 1999. It also solidified Kelly as a wiley in-game coach (Calling pass plays for Rees to throw back shoulder time-and-time again just to force the PI action wasn’t quite 2015 end of half Jedi mind trick stuff, but it’s was most definitely son of a politician stuff)

#1 Oklahoma –  2012 (30-13): Prior to the Irish steam rolling OU, Bob Stoops had four career home losses. Four. By scoring 20 points in the fourth quarter Notre Dame announced to the nation that they were title contenders for the first time since 1993. This is the mountain top during the Kelly era…and it’s not even close. 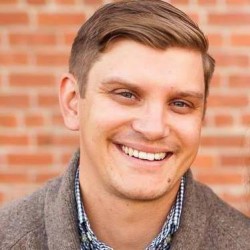