Notre Dame Football: 2013 Edition will go down as a no-man’s land of seasons. The year that was in between Manti Te’o’s departure and Everett Golson’s re-arrival.

It was a disappointing season. At 9-4 with after a mediocre bowl win against a laughable opponent, Irish fans were left with a sour, bittersweet taste in their mouths. No one really celebrated. No one really bemoaned the year. It just…was. And no we’re sort of re-convincing ourselves that this year is going to be the year that last year should have been.

Confused yet? Me too. And get ready for another confusing statement: Last year was a huge blessing.

We all knew how special Te’o was to this team. His leadership and ethics and character (not to mention his athletic talent) were prominent to even the least-trained eyes. We knew there would be a drop off. Sure we can pretend to think that we would be fine with Dan Fox and Carlo Calabrese finally playing together, but let’s be honest: we knew better.

And it was obvious. There was just something missing there. That extra je ne sais quoi.

It was missing on the other side of the ball, too. Golson, after his bone-headed “academic infraction”, was forced to leave the University and we all knew then, even before it was August, that another run would have to wait.

There was probably going to be a growing pains season in Brian Kelly’s tenure anyway. You can’t take a mediocre two decades and turn them into instant dynasty. One random season? Sure (looking at you, Frank Solich). But for Notre Dame to fix all the talent, depth and recruiting issues, it was going to take time.

But that season wasn’t a waste. We got to watch as the next level running back took over a backfield. The next great linebacker took over the stage. The next amazing ‘stache taken over the defense. Young wide receivers and defensive backs got to play free and learn on the job with little pressure.

It was also medicine for us fans. It was a good reality check after that incredible run two years ago. We all needed to be brought down to Earth a bit, and we got it. It wasn’t the losses to Oklahoma or Stanford (you know, legit teams). It was the losses to Michigan and Pitt. They weren’t just bad losses, they were expected in their own ways. We all knew it was coming, but we didn’t want it to happen and we certainly weren’t going to like it.

Next thing we knew, it was November and we were 8-4 and we came to the realization that there was no good bowl game or opponent left on the horizon. Then it was randomly December 28th. Then it wasn’t. It was just done and we had to wait.

The wait was worth it.

I knew it might be coming but I didn’t feel it until Golson took over that podium after the first spring practice. There’s a different look on his face from even a year ago. But it’s more than just having a play-maker quarterback under center. There’s a stable of running backs that I haven’t been this excited about since Jerome Bettis tore up Florida in 1992. The offensive line is as deep as it’s been since Joe Moore wore a monogrammed hat. The linebacking and defensive back cores are young, fast and talented.

It’s been a week since that first practice and the electricity is still there, floating in my head. There are snare drums and bagpipes playing in there, too. Not like the ones that make me miss tailgates and parties, but the ones get your hair standing on end and adrenaline running in dangerously high levels.

We may not be headed straight back to the College Football Playoff, but we’ll be back in the discussion. There wasn’t much honest belief that Notre Dame would revisit even the BCS last season once Golson was lost for the year. Sure it maybe might have possibly with a little luck been a reality with the more talented quarterback, but we’ll never know so why bother playing “what if”.

I’m not going to sit here and blow smoke up anything. Hopefully our bowl game will center around New Years and not Christmas, but it might not be any better than that. After all, it’s yet another rough schedule and the team truly is still young. Can the Irish reach the Football Four? I don’t know. Probably not.

But I do think they’re back on track to do it again. And I think when it happens next, it won’t be a fluke. It will be the beginning of a mainstay at the top. 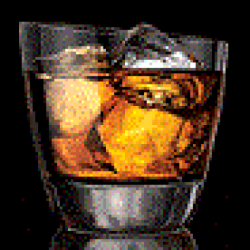 Previous Post: « “Call It and Haul It” Offense Will Lead to More Packaged Plays
Next Post: Notre Dame and Spotify: Happy Together »