Aah, the world of college football recruiting. A never ending process. The 2013 class is signed and looks primed to fill the gaps and make an instant impact. We also already have four commitments to the 2014 class: Greer Martini, Jay Hayes, Justin Brent, and Jimmy Byrne.

Let’s take a look at each offensive position group to try to gauge what we need and who our top targets currently are. Given our last few recruiting classes were near full, (barring transfers or early departure for the pros) I’d say around 14 spots will be left for the rest of the class. This is a good problem to have, one we haven’t had in ages. Top targets listed here are the targets believed to be the most “gettable”, targets that have interest in ND and an offer from ND.

Assessment- Coach Kelly said he’d take a QB with every class. Not taking one is always a risk considering injuries and transfers. Whether or not taking a QB every year contributed to Kiel’s transfer is debatable, but having Zaire makes his transfer much more comfortable.  Golson will have two years of eligibility left, and Zaire four (assuming a redshirt) after next year. I believe that still keeps us in pretty good shape.

Assessment- Atkinson, McDaniel and Carlisle* will all be going into their Senior year. Not sure if all of the first three will still be RBs after next season, but the eligibility will be there. This bunch of backs gives us the chance to really only go after the elite talent. RB is another position you like to take every year, but considering the depth and the lack of available scholarships in this class we may not take anyone with less than 5 stars. If we don’t take anyone this will become a position of need the following year.

Assessment- Similar to the rest of the skill positions, we are relatively deep at all the receiver positions. However, Massa is a converted QB and hasn’t seen much action. Let’s say 1 or 2 of these young men don’t pan out. We’d still be okay at the position, but we’d like to have some security. I’d expect us to take one or maybe even two WRs if the right kids join, but wouldn’t be panicked if we didn’t. Some of the younger WRs seem to have pretty good potential. We’ll see how they turn out.

Assessment- I believe we will have a very good starting TE out of these five, possibly even two really good TEs. The potential is there to have an elite tight end, as we’ve grown accustomed to over the last few years. However, not having a backup at any position is a risk we shouldn’t afford. Welch is recovering from a season ending injury, sometimes you never make it back. Furthermore, there were more than a few times we reaped the benefits of the mismatches this type of athlete can create. Niklas and Eifert on the field last year had to be a nightmare to try to gameplan against, even if we didn’t do it that frequently. A miss here isn’t the end of the world, but it’d make TE a huge need the following year with the gaps left by three leaving.

Assessment- The loss of Nichols hurts a bit at this position. We have one commit, but expect this to be hit harder. We’d like to get at least one more in this class.  The ability to redshirt players in the trenches helps immensely. Further, being able to go live without being concerned about injuries can be a factor in late season games, as was recently touched on by Coach Kelly. This looks a little bare, but if some of the interior lineman are versatile enough to slide outside we would be able to fill any holes left by injuries/going pro/graduation etc.

Top Targets- Same as outside lineman.

Assessment-  Three Seniors on the inside, and another potential 5th year. With three spots inside (two Gs, one C) and four seniors this would look to be pretty ideal. We’d have experience across the board and a sub if the unthinkable happened. After that, it seems to dwindle a bit. Just one junior, but this years strong class of three will be sophomores. I’d say we need to take at least one here, possibly two. It’s the same arguments as the exterior lineman with regard to redshirting/going live.

Losses of Kiel and Nichols create a little more need, but nothing that becomes an immediate need. For the offense it seems that we have got to the point that we have the luxury of targeting only the elite talent at the skill positions. The best teams are often at this point and this allows them to target the “difference makers”, that top level athlete that can win you football games almost by themselves.  On the OL C/G maybe an issue, but we just hauled in a great class of OL so it’s not panic time if we strike out this year. With the small # of spots available and a nice full depth chart, we should compete for only the best of the best this year. The other side of the coin is keeping the depth chart nice and full requires full recruiting classes if you can get quality players. I believe it will be easier to fill any perceived needs for this class, and give us the chance to really get out there after the blue chips. 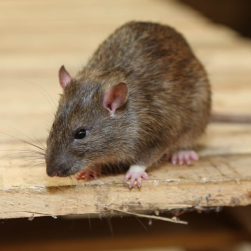 Raised in the shadow of the Dome.

Latest posts by RiverParkSeer (see all)

Recruiting Guru
Raised in the shadow of the Dome.