As we close in on the beginning of the 2012 season, I decided to take the Twibby Bus around the country to check up on each of the Irish opponents. The grueling journey ended with the discovery of plenty adverse effects from NCAA sanctions, a trio of unfit sailors, a couple of quarterback question marks, and a lot of injured offensive linemen. Updates are listed in the order of the ND schedule. Like Everett Golson trying to get used to the playbook, I am still trying to get figure out HLS 3.0 (thanks NDtex and Flannerite for your hard work) so please bear with me if I do something stupid…which is fairly likely.

The biggest news coming out of Navy this preseason is that CB Albrey Felder, LB Josh Tate and WR Brandon Turner failed a “physical readiness test” (PRT) when returning to camp and then proceeded to fail their makeup attempts as well.

Turner was the Midshipmen’s leading receiver last year while Tate was slated to start at outside linebacker. The players still may see the field against the Irish in Dublin, but will have a lot of work to do as the earliest they can rejoin the team is August 20th.

In case you were curious, the standard PRT for the Navy consists of a 1.5 mile run, 2 minutes of curl-ups and 2 minutes of push-ups. In order to graduate boot camp, a sailor would need to complete somewhere around 60 curl-ups, 50 push-ups, and finish the 1.5 mile run in under 10:30. Caleb TerBush is expected to remain the starting QB, but Danny Hope has told the media that he has 5 quarterbacks that could start for the team. No. 3 QB Rob Henry, who supposedly ran a 4.3 forty (I’m highly doubting that one), may be moved to running back or wide receiver if he can’t beat out TerBush.

The Boilermakers released CB Sean Collins last month when he was arrested on charges of public intoxication, resisting arrest and battery. Collins was a walk-on who has never seen the field.

As expected, MSU’s defense is looking like its stronger unit in fall practice. More interesting to me, though, is that the Spartans actually played a full scrimmage (complete with some made up offensive and defensive scoring rules) at Spartan Stadium 10 practices into the fall. Kirk Cousins’ replacement Andrew Maxwell went 16-29 for 162 yards in the scrimmage…which doesn’t tell us too much at all since, ya know, it doesn’t count for anything and he’s playing against his own team. If he puts up those same kind of numbers against an Irish defense that should compare favorably to the Spartans’, we should all be in a good place on September 15th.

Suspended running back Fitzgerald Toussaint returned to practice on Monday after being charged with operating a vehicle while impaired in late July. In Brian Kelly/Michael Floyd-esque fashion, Brady Hoke told the press at media day that Toussaint and Frank Clark (suspended for breaking into a house and stealing a MacBook Air – BTW, who owns a MacBook Air and why do they cost $1800??) “have paid a heavy price and will continue to pay a price for actions unbecoming of a Michigan football player.”

Hoke left exactly what that price is up to the imagination, and said that he hasn’t decided if the players will miss their opening game against Alabama. Either way, it’s safe to bet that they’ll be seeing the field against the Irish in week 4. It is a bit surprising that Hoke didn’t come down harder on Toussaint and Clark given how he handled the Darryl Stonum situation last year. It wouldn’t be The ‘U’ if there weren’t more accusations of wrongdoing, right? Al Golden is still spending his time dealing with the aftermath of a Yahoo! Sports investigation that said some of his staff used an associate of booster Nevin Shapiro in potential recruiting violations. If this is true, this type of idiocy can only be matched by former Illinois governor Rod Blagojevich who tried to sell Obama’s senate seat while he knew he was being investigated by the FBI. Seriously, if you are going to violate some NCAA policies, you should probably avoid doing it through people who are associated with freakin’ Nevin Shapiro.

It seems like most publications are putting Stanford as a top 15 team in the country, and I’m just not buying it. With Andrew Luck, Coby Fleener, David DeCastro and Jonathan Martin all off to the NFL I’m expecting a 7-5 or 8-4 season for the Cardinal.

To even get to that point, though, David Shaw needs to figure out who is starting under center – junior Josh Nunes or sophomore Brett Nottingham. Nunes attempted 2 passes as Luck’s backup in 2010 before getting injured early in 2011, and Nottingham attempted 8 passes as Luck’s backup last fall. Starting a quarterback with little to no experience, huh? Sounds familiar. Luckily for Irish fans replacing the starting quarterback should be a much more pleasant experience.

BYU offensive coordinator Brandon Doman wants to focus his offense around running the football this year, with head coach bronco Mendenhall saying there are at least 5 running backs that should have roles on the team this fall.

Mendenhall also has been limiting contact in practice because he wants to make sure his team is healthy as the season begins. I might advise Bronco to call up the new Kansas coach and ask him how that same philosophy turned out for him in 2007 at Notre Dame.

Starting center Ben Habern left the team due to lingering back and neck issues, while starting guard Tyler Evans tore his ACL on the first day of practice. Habern and Evans have combined to start 59 games for the Sooners. As The Oklahoman points out, last time the Sooners had this much inexperience on the offensive line, things didn’t turn out so well for starting QB and returning Heisman winner Sam Bradford. While it’s unfortunate to see two excellent linemen go down, it undoubtedly will help Stephon Tuitt, Louis Nix and KLM when the Irish roll into Norman in late October.

Like Notre Dame, Oklahoma was looking at some big question marks at wide receiver with Ryan Broyles off to hang out with Calvin Johnson in Detroit. With former Penn State receiver Justin Brown fleeing State College and LaColtan Bester transferring in from East Mississippi Community College (Today’s Trivia Nugget: EMCC is in a town called Scooba), Landry Jones now has a little less to worry about (and Bennett Jackson and Lo Wood have a little more to worry about). Pitt is paying the Big East a total $7.5 million to get out and join the ACC next July instead of waiting an extra year. Other than being a big eff-you to the rest of the conference (ND included), that is about $440 for each of Pitt’s 17,000 undergraduates. How about a semester of free textbooks instead, eh?

On the football front, early indications after the Panthers’ first scrimmage are that returning starters Tino Sunseri (QB) and Ray Graham (RB) will maintain their roles, but the offensive line hasn’t yet found its footing.

Only one update to report from Chestnut Hill: Boston College STILL sucks.….especially with Luke Kuechly and Montel Harris out of the picture. Unfortunately, BC still seems to have ND’s number despite the Eagles’ lack of ability on the football field, so how ‘bout the Irish  just blow them out this year? Thanks.

The Demon Deacons are using fall practice to sort out some position battles on the offensive line where only Garrick Williams (C) is returning as a starter, at inside linebacker where 4 different players started 3 games last season, and at safety where both starters graduated.

In other news, Wake Forest’s most experienced starter Kenny Okoro (CB) has decided to go by his given name, Chibuikem Okoro, in 2012. Okoro’s name is Nigerian and means “God is my strength.”

So, um, if you can’t tell – there really isn’t a lot of press coverage of Wake Forest camp…

The coaches I know, the good ones, they don’t watch other games. They’re trying to worry about their own team. 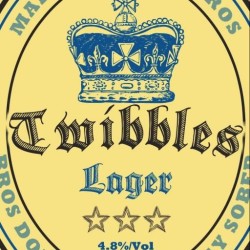 Latest posts by Twibby (see all)

Previous Post: « The Offensive Line: the Secret to Our Success
Next Post: Debate This! Clearly, Wood > Riddick at Running Back »